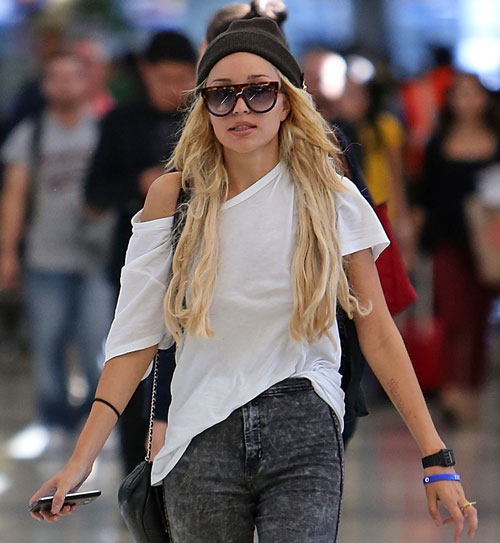 After a day of tweeting about how the microchip in her brain made her say that her dad abused her and screaming at airport tickets agents for not being able to make planes fly faster, Amanda Bynes finally made it to LAX where a car met her and took her to a hospital.

Radar says that Amanda’s parents were able to convince her to come home to L.A. and to get help again before shit, which is already serious, gets serious serious. But TMZ has a different story. They say that Amanda was kind of tricked. Amanda thought that a car was going to take her from LAX to The London Hotel where she’d meet her parents and her lawyer. The car took her to the hospital instead. Whatever the case may be, Amanda is now being held by doctors on a 5150 hold (a cloud of pink wigs, Frapp dust and gas station fumes covers me every time I read those numbers). The hold is for 72 hours but doctors can extend it to 14 days. During those 14 days, Amanda’s parents are going to try to get another conservatorship. They had a conservatorship before, but they let it go and let Amanda move to Orange County by herself. And here we are now.

Well, hopefully the doctors at the mental health facility she’s in also took away all of her tweeting devices, because she tweeted this a few hours ago:

you feel like a brother to me @SamLutfi i mean it. Thank you luuuuv

Shut it down. Shut down Twitter. Shut down everything. I swear, all 5150s lead back to Sam Lutfi.