Former beard extraordinaire Renee Zellweger and her boyfriend   Doyle Bramhall II went to the Armani One Night Only event in NYC a week ago and as Celebitchy points out, she had on a different face. Today started out as a glorious day (see: Guy Fieri’s slappy lovers quarrel video) and it’s turned into a sad face kind of day, because I can no longer type the name Squinty Zellweger since I don’t think bitch can even squint that hard anymore. Is Renee Zellweger still Renee Zellweger if she no longer looks like she just sucked off a Lemonhead and brushed her tongue with the sour body dandruff of a dozen Sour Patch Kids?

I bet that after her surgeon did whatever they did to her face, she opened her eyes all the way and for the first time in decades, she didn’t see life in letterbox format anymore.

What did you do, Renee?! We have to go back! WE HAVE TO GO BACK! I am happy for Renee that she no longer looks like a stoned turkey who’s concentrating hard while pushing out a stubborn shit. But I am unhappy for myself, because I can no longer call her Squinty. “Open Widey Zellweger” just isn’t the same. 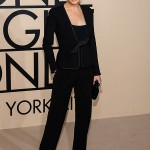 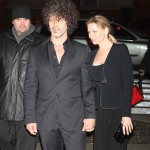 Tags: And You Are....?, Plastic Surgery, Renee Zellweger
SHARE
Our commenting rules: Don't be racist or bigoted, or post comments like "Who cares?", or have multiple accounts, or repost a comment that was deleted by a mod, or post NSFW pics/videos/GIFs, or go off topic when not in an Open Post, or post paparazzi/event/red carpet pics from photo agencies due to copyright infringement issues. Also, promoting adblockers, your website, or your forum is not allowed. Breaking a rule may result in your Disqus account getting permanently or temporarily banned. New commenters must go through a period of pre-moderation. And some posts may be pre-moderated so it could take a minute for your comment to appear if it's approved. If you have a question or an issue with comments, email: [email protected]
src="https://c.statcounter.com/922697/0/f674ac4a/1/"
alt="drupal analytics" >