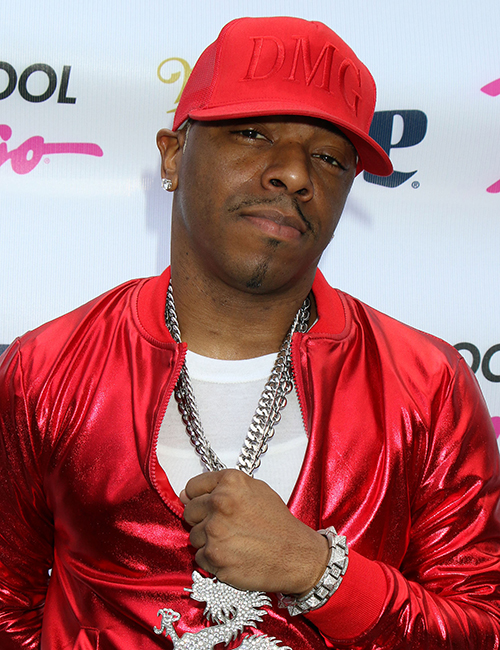 Are you ready for an Us Weekly exclusive scoop?! Well you better be, because it is coming at you. They are reporting that Sisqo, THE original inventor of the thong back in 1999 (before the new millennium crashed our timeline and we ended up in this fucked up world) has gotten married.

39-year-old Sisqo married his longtime fiancé Elizabeth Pham on August 17th at “an intimate Catholic service” in Minneapolis. Does an intimate Catholic service include a chorus of nuns wearing habits and thongs? I do hope so. If not, what’s the point? Some of R&B group Dru Hill were there as well as Tao, who sang the newlyweds “A Ribbon In The Sky” as they lit their unity candle. Here’s a pic of Sisquo and Elizabeth with their family.

SisQo is a married man! The singer wed his longtime love Elizabeth Pham in “an intimate Catholic service” in Minneapolis, Minnesota!https://t.co/YK5dEvq53v

The two have “known each other for like, a long time” and were “kinda dating like on and off for a while… maybe 15 years?” So Elizabeth is a real ride or die because she was with him for literally all of the parts of his career where he wasn’t famous.

And if you want to hear about the romantic proposal, I have that for you. Sisqo did what all gentlemen do and proposed to Elizabeth right after she gave birth to their second child KoKo back in 2014. He says:

“I proposed and I got, like, a big, fat rock. I did it kinda cool, because I felt like our son [Ryu] was the one that kinda saved [us] … I sent him in with a ring box, and she looked into the box and didn’t see anything … She then went to look for me to figure out what’s going on. She came around the corner, and I was one knee and I asked her and she said ‘Yes!'”

SisQo has said that planning this whole wedding has “just kind been like a fairy tale” complete with a royal wedding since their venue “was kinda like a castle-ish from the outside.”

That’s the kind of romance story that lulls young ones to sleep. Daddy and Mommy had a baby which saved their relationship. Then years later Daddy got Mommy pregnant again. This time Daddy proposed. The end! Awwwww! Queue the credits and walk off into the sunset you two!

No mention of Elizabeth’s wedding dress, which is highly disappointing. Was it see-thru so that we could catch her elegant light-blue wedding-night thong? Was the train just a collection of white thongs woven together to create an elegant lace effect? Did she have dumps like a truck? Truck? Truck? Were her thighs like what? What? What? I guess we’ll just have to wait for video. Sigh.

Tags: Elizabeth Pham, SisQo
SHARE
Our commenting rules are pretty simple: Don't be racist or bigoted, or go way off topic when not in an Open Post. If you see an offensive or spammy comment you think should be deleted, flag it for the mods and they'll be forever grateful and give you their first born (although, you probably don't want that).
src="https://c.statcounter.com/922697/0/f674ac4a/1/"
alt="drupal analytics" >