Nick Carter Is Being Investigated For Rape 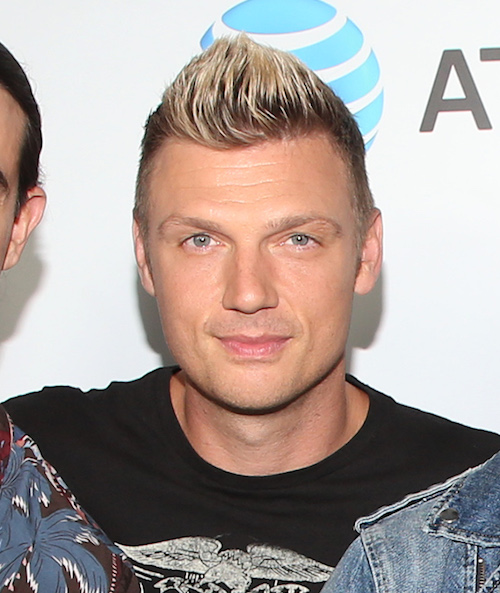 To paraphrase the Backstreet Boys, I wish this story would quit playing games with my eyes, because I don’t think any of us want to read more messiness about a Carter brother. According to TMZ, the Los Angeles County District Attorney is currently deciding whether or not to file rape charges stemming from the assault allegations made last year against Nick Carter.

Back in November, Melissa Schuman, formerly of the late 90s/early 2000s girl group Dream, posted a story to her personal blog alleging that a 22-year-old Nick raped her at his Santa Monica apartment in 2002 when she was 18. Melissa says she was a virgin at the time. She didn’t report the incident then at the urging her of then-manager who warned her that Nick had the most powerful lawyer in the country.

Fifteen years later, Melissa was empowered by so many #MeToo stories, so she told her story. In February, she went to the police and filed a report with the Santa Monica Police Department.

I’m finally doing what I thought I could no longer do. Im filing a police report #timesup ✊? #bebrave #bethechange #metoo thank you @RAINN for empowering me to take this step.

The report was then transferred to the LAPD’s special crimes unit. When Melissa’s allegations were first made, Nick denied anything non-consensual took place. When the police report was filed, Nick’s people had no comment.

Sources tell TMZ that the Los Angeles County District Attorney currently has Melissa’s case, and they’re trying to decide how to proceed, and if they’ll be filing rape charges against Nick. As of 2016, there has been no statute of limitations on rape in California. So, even though the alleged incident happened a decade and a half ago, it’s still up for prosecution.

Nick Carter hasn’t said anything regarding the DA’s investigation, or the possible rape charge that could potentially be hanging around his head. If that happens, maybe Nick will cooperate with police. After all, it wouldn’t be the first time Nick has taken a mugshot picture. Or maybe Nick will make like his second solo album, I’m Taking Off, and run off to the airport for a flight departing for Europe. TSA should think about secondary searches for anyone in an NSYNC T-shirt, because that’s about as clever as a disguise as I think Nick could come up with.

Tags: Nick Carter
SHARE
Our commenting rules: Don't be racist or bigoted, or get into long-ass fights, or go way off topic when not in an Open Post. Also, promoting adblockers, your website, or your forum is not allowed. And some comment threads will be pre-moderated, so it may take a second for your comment to show up if it's approved.
src="https://c.statcounter.com/922697/0/f674ac4a/1/"
alt="drupal analytics" >