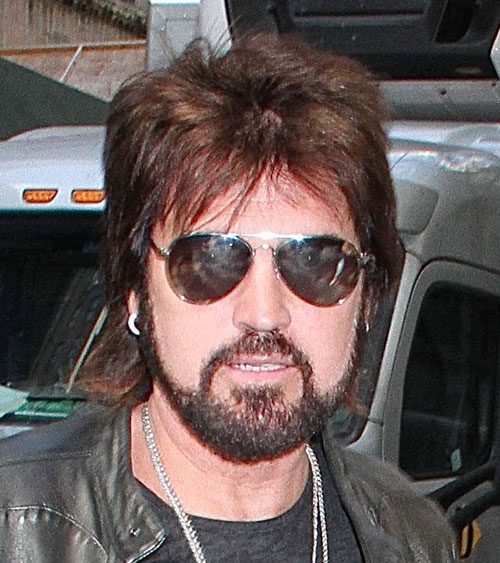 Billy Ray Cyrus was on Today this morning to talk about the only thing that gets him press anymore, his lil’ hillbilly chipmunk kin’s love life, and here he is outside of NBC studios where he signed an autograph for a fan. Sure, the fan was a little boy, and sure that little boy probably really wanted an autograph from Rocket Raccoon, who was lying on Billy’s head, but I’m sure it still made his day.

The thing about Billy Ray’s “hair” is that it’s kind of a mystery. Sometimes it looks like it’s one of God’s creatures and sometimes it looks like it was made in a factory in China somewhere. I don’t know whether it’s about to get up from its nap and beg for Snausages or if it’s got a tag inside of it that reads “Raquel Welch Wig Line 100% synthetic.” But I do know that thanks to that wig, glasses and painted-on goatee, Billy Ray looks like 90% of police sketches of a suspect who is wanted for stealing worn ladies panties from houses.