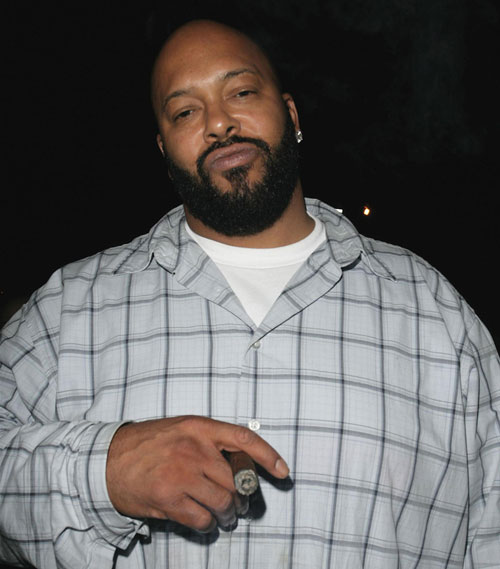 Suge Knight made us all think of Suge Knight again last week when he killed a man and injured another on the set of the N.W.A. biopic Straight Outta Compton in L.A. The man Suge  killed was his friend Terry Carter and he left the scene, because that’s what friends do. He later turned himself into police and was arrested. Originally, his bail was set at $2 million, but they revoked that shit after authorities successfully argued that he’s a flight risk. And today, the L.A. County District Attorney hit Suge Knight with a bunch of charges including murder.

TMZ says that on top of murder, Suge was also charged with attempted premeditated murder, hit and run resulting in death, and hit and run resulting in injury. The D.A. believes they have a strong case against Suge, because they have footage from a surveillance camera of some of what happened. But do they really need a video? Couldn’t they just say to the jury, “This is Suge Knight we’re talking about. Who hasn’t Suge murdered? We rest our case!” The D.A. issued this statement:

Marion “Suge” Knight was charged today with murder and other counts following a fatal hit-and-run in a Compton parking lot last week, the Los Angeles County District Attorney’s Office announced.
Knight (dob 4/19/65) is scheduled to be arraigned on Tuesday in Compton at the Los Angeles County Superior Court, Department D, in case TA136401 He is being held without bail.
The Major Crimes Division is handling the case.

Following an altercation on Thursday outside a Compton restaurant, Knight allegedly was driving his truck when he ran over two men standing in the parking lot. One man was injured and the second man, Terry Carter, 55, died. The driver of the pickup fled the scene.

Suge could get life in prison if convicted of the murder charge.

I’m actually surprised that Suge turned himself in and didn’t get Ray Donovan to put him on a plane headed to a private island in the Caribbean where Tupac is. Nobody tell Suge this, but if he lost about 300 pounds, painted himself orange, put on a stringy ginger wig, changed his name to Lindsay Lohan and then pleaded guilty to murder, the judge would sentence him to 3 minutes in jail and revoke his Starbucks privileges for a week.

Tags: Suge Knight
SHARE
Our commenting rules: Don't be racist or bigoted, or get into long-ass fights, or go way off topic when not in an Open Post. Also, promoting adblockers, your website, or your forum is not allowed. And some comment threads will be pre-moderated, so it may take a second for your comment to show up if it's approved.
src="https://c.statcounter.com/922697/0/f674ac4a/1/"
alt="drupal analytics" >