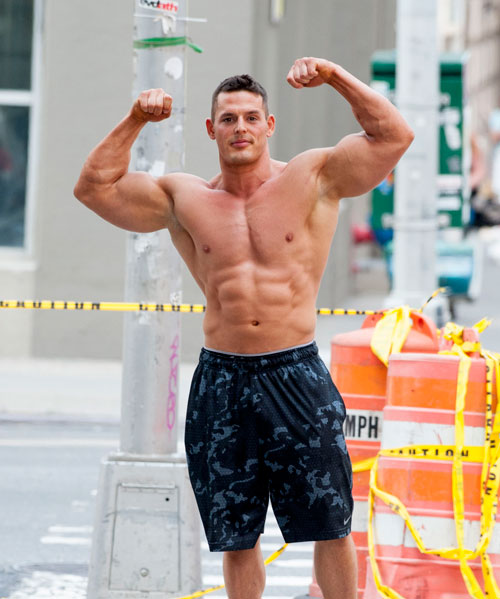 In honor of Big Brother 16 (or as most of you call it, “I Thought That Shit Died With The Dinosaurs“) coming back tonight, here’s the pea-headed, extra large duffel bag full of muscles Jessie Godderz from Big Brother 10 flexing his pelican beak arms in NYC while wearing fugly shorts that look like several Na’vi projectile diarrhea’d all over them. And yes, yes, I would, but only because Jessie’s peen probably has six packs on each side and I call that natural ribbing.

And about season 16… I skimmed through the bios of all the messes who will get drunk, fuck, fight and act like asses for our enjoyment all summer and it looks like the same old, same old. There’s a mom, Ariana Grande Latte’s 30-something gay brother and the rest are a bunch of 20-somethings who look like they were rejected from The Real World and The Bad Girls Club for being a little too skanky. And since CBS got so much attention for the flood of racism and fuckery that flooded out of the house last season, they cast a homophobic racist who uploaded (and later deleted) a video of him beating a live pig to death. Unless CBS adds a surprise houseguest at the last minute and that surprise houseguest is a neo-Nazi who torches animal shelters for fun, I fully expect CBS to rig it so that the pig-beating, homophobic racist goes all the way, because RATINGS!

And now back to Jessie’s penny nipples and muscles. 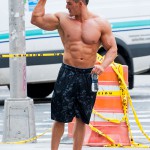 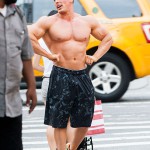