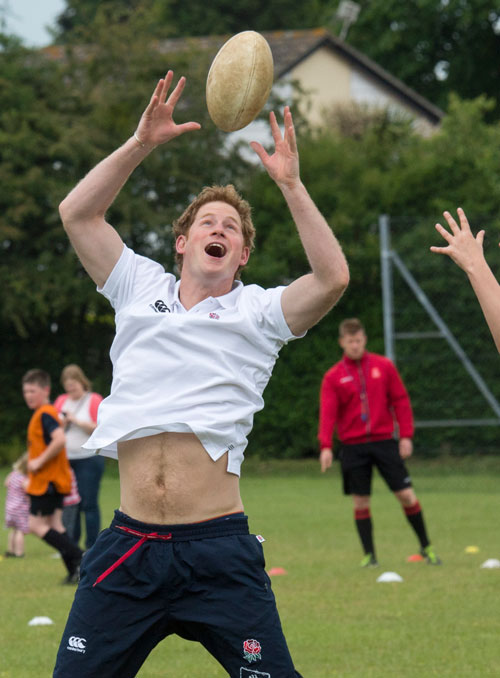 It’s times like these that I thank whoever invented the camera for inventing the camera, whoever invented the football for inventing the football and Sir Isaac Newton for inventing gravity (he invented gravity, right?), because all those things worked together to bring this beautiful picture of Prince Hot Ginge’s dark ginger trail making an appearance as he catches a ball while playing sports stuff with a bunch of chirruns at a park in Suffolk for the Inspire Suffolk organization yesterday. PHG is filled with so much happiness that you’d think that ball was a bottle of vodka. Oh, the things I will Photoshop over that ball and yes, the first thing I’ll Photoshop over that ball is my body in the flying airplane position so that I look like the Baby to his Johnny Castle. 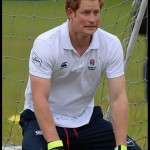