Chris Evans Fans Left Flyers All Over L.A. Calling For The Cancellation Of His Girlfriend, Alba Baptista 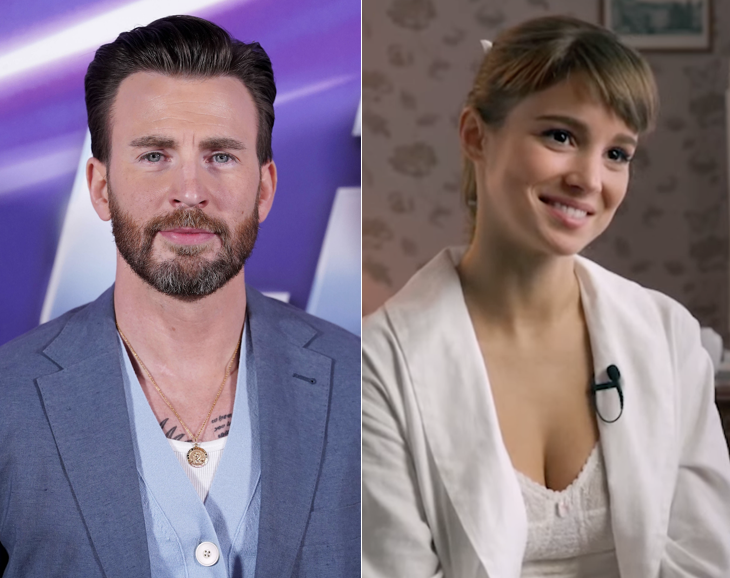 Back in November, Chris Evans fans were left absolutely fuming when it was revealed their idol was madly in love with 25-year-old actress, Alba Baptista, whom he’d been dating for around a year. A few months before this news broke, 41-year-old Chris pretended to be single while promoting his Netflix movie, The Gray Man. Fans felt betrayed and lied to, and accused Chris of playing “the Internet boyfriend game” so they’d stream his movie. At the time, some fans clarified to Deux Moi, that, actually, they weren’t angry at Alba, they were pissed at Chris. Because feminism! But, um, methinks that was a load of bullshit cuz, this week, a bunch of Chris Evans die-hards left flyers all over L.A. calling for Alba’s cancellation.

ONTD pointed us to a  Reddit thread that featured pics of the anti-Alba flyers on the ground, in stores, and stuffed in signs and what looks like… the little plastic place you stick brochures? The flyers are covered with a collage of social media posts, including tweets that joke about Hitler. But if you zoom in, it seems the Hitler tweets come from a Twitter user named KIKO? So where does Alba factor in? Did she like them? We may never know. The handouts also feature the hashtag #cancelAlbaBaptista and the copy: “Chris Evans “Captain Americas” super serious girlfriend is a racist who-” Oops. That shit was cut off. Here are some pics:

LA #Halobearers: be careful of this Cancel Alba Baptista nonsense that cropped up after the billboard went live. 😡#WarriorNun #SaveWarriorNun pic.twitter.com/ZYZA7jEjqp

IM CRYING APPARENTLY THIS WAS AT A WARRIORBUM SIGN OR SOMETHING???😭😭😭😭 pic.twitter.com/pez4frdaxY

The hashtag might be a reference to the #SaveWarriorNun movement; Warrior Nun was Alba’s Netflix show that got cancelled in December. On Friday, fans erected an L.A. billboard that calls for the show’s resurrection, and the anti-Alba flyers appear to have surfaced soon after. The anti-Chralba protesters were probably also triggered by last week’s Us Weekly report about the couple getting super serious:

“Chris and Alba have gotten serious,” a source exclusively reveals in the new issue of Us Weekly. “This is the most committed anyone can remember him being in a very long time, if not ever.”

The insider added: “They spend most of their time at his place in Massachusetts and love the quiet life there, surrounded by nature and away from the spotlight. Chris was very open that he wanted to take his time before settling down.”

So, go crazy, Alba-haters. Paper L.A. with all your anti-Alba literature. Chris and Alba won’t see any of it; they’re spooning each other in front of a roaring fireplace on the East Coast. The real victim here is Planet Earth. Who knew Chris Evans fanatics were such litterbugs?

Tags: Alba Baptista, Chris Evans
SHARE
Our commenting rules: Don't be racist or bigoted, or post comments like "Who cares?", or have multiple accounts, or repost a comment that was deleted by a mod, or post NSFW pics/videos/GIFs, or go off topic when not in an Open Post, or post paparazzi/event/red carpet pics from photo agencies due to copyright infringement issues. Also, promoting adblockers, your website, or your forum is not allowed. Breaking a rule may result in your Disqus account getting permanently or temporarily banned. New commenters must go through a period of pre-moderation. And some posts may be pre-moderated so it could take a minute for your comment to appear if it's approved. If you have a question or an issue with comments, email: [email protected]
src="https://c.statcounter.com/922697/0/f674ac4a/1/"
alt="drupal analytics" >