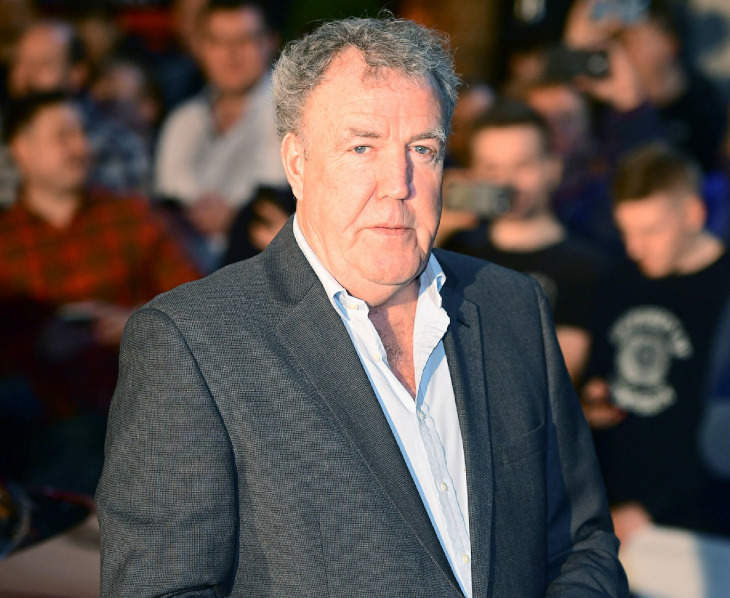 Winnie the Pooh is OUT as Jeremy Clarkson’s apology ghostwriter. Jeremy has issued a new public “mea culpa with bells on” to Instagram because “the people who called for it” were unmoved by Jeremy’s initial “Oh dear. I’ve rather put my foot in it” plea for absolution he posted on Twitter addressing the backlash he received over his column in The Sun in which he stated he hates Meghan Markle “on a cellular level” and how he fantasizes “of the day when she is made to parade naked through the streets of every town in Britain while the crowds chant, ‘Shame!’ and throw lumps of excrement at her.” Frankly, I’m shocked Pooh even took that gig to begin with. We don’t need Britain’s #1 tubby little cubby all stuffed with fluff ghostwriter associated with the likes of Jeremy. Jerm’s on his own now, and unfortunately, he still can’t get the job done. SilenCED no more; Prince Harry’s not having it.

Thanks to Spare, Harry is currently holding the world’s largest microphone, and he’s been running around tapping that shit all “is this thing on?” for the past few weeks (for the last time, YES. And could you please keep it down, some of us are trying to work). Meanwhile, Jeremy’s apparently been wallowing in a pit of despair, wondering why Queen Consort Camila hasn’t called to thank him for taking one for The Team. Her failure to knight him for his efforts to restore dignity to The Crown that’s not on Netflix apparently drove Jeremy to email “Harry and Meghan in California to apologize to them” directly. Guys, he emailed all the way to California! On Christmas Day, no less. And Jesus welped. People reports:

Meghan Markle and Prince Harry are speaking out against Jeremy Clarkson’s new public apology for the offensive article he wrote about the Duchess of Sussex in December.

The 62-year-old British broadcaster shared a statement on Instagram Monday, expressing remorse for writing the controversial article that was published in The Sun last month where he vented about his “hate” for Meghan “on a cellular level.” He also claimed to have reached out to both Meghan and Harry on Christmas Day.

However, a spokesperson for the Duke and Duchess of Sussex refutes Clarkson’s claim, saying that he only reached out to Harry.

In a statement shared with PEOPLE Monday, the spokesperson said, “On December 25, 2022, Mr. Clarkson wrote solely to Prince Harry, The Duke of Sussex. The contents of his correspondence were marked Private and Confidential.”

“While a new public apology has been issued today by Mr. Clarkson, what remains to be addressed is his long standing pattern of writing articles that spread hate rhetoric, dangerous conspiracy theories, and misogyny,” it continued. “Unless each of his other pieces were also written “in a hurry,” as he states, it is clear that this is not an isolated incident shared in haste, but rather a series of articles shared in hate.”

Oops, maybe Jeremy made a subconscious typo when he was addressing his email. Whoever owns the email address [email protected], please check your spam filter. Jeremy’s “new and improved” apology not only comes with bells, it also comes with whistles which can only be heard by other dogs who hate women. And way too many “next page” arrows. Pooh would never be this wordy. Or this demented. Even Tigger’s all, “dude. What the fuck is wrong with you?”

Tag yourself! I’m “when I was accused of all sorts of things, it was very rarely sexism.” Frankly, Jeremy’s never been more relatable. I don’t know shit about cars or farms or millionaires or whatever, but who among them hasn’t accidentally published our sicko fan fiction to millions of readers and inadvertently exposed themselves to near-universal condemnation resulting in loss of livelihood all because they oopsied and forgot to reference their frighteningly specific scatological fantasies to a popular television program that is no longer on the air by name? Come on folks, as Jeremy points out, he “shall soon be a grandfather.” Shouldn’t that count for something?

I’m sorry folks, but we have to forgive him. His daughter is HEAVILY PREGNANT!

Tags: Apologies, HEAVILY PREGNANT, Jeremy Clarkson, Meghan Markle, Prince Harry
SHARE
Our commenting rules: Don't be racist or bigoted, or post comments like "Who cares?", or have multiple accounts, or repost a comment that was deleted by a mod, or post NSFW pics/videos/GIFs, or go off topic when not in an Open Post, or post paparazzi/event/red carpet pics from photo agencies due to copyright infringement issues. Also, promoting adblockers, your website, or your forum is not allowed. Breaking a rule may result in your Disqus account getting permanently or temporarily banned. New commenters must go through a period of pre-moderation. And some posts may be pre-moderated so it could take a minute for your comment to appear if it's approved. If you have a question or an issue with comments, email: [email protected]
src="https://c.statcounter.com/922697/0/f674ac4a/1/"
alt="drupal analytics" >