Unfortunately, this means that Avatar 2: Wet n Wilder just may go down as the biggest, most talked-about movie of all time. This means I’m shackled to this sequel naming bit for the rest of my natural-born life. Bad news, indeed! Variety reports (WITH EXTREME BIAS) that the first reactions from critics are all raves. The official reviews will be out on Tuesday before its release on December 16.

After 13 years of anticipation, James Cameron’s “Avatar: The Way of Water” has finally been unveiled for members of the press following the movie’s world premiere in London. The first reactions to the film are overwhelmingly positive, with many journalists blown away once again by Cameron’s boundless imagination and pristine visual effects.

“Happy to say ‘Avatar: The Way of Water’ is phenomenal,” wrote Fandango’s Erik Davis. “Bigger, better & more emotional than ‘Avatar,’ the film is visually breathtaking, visceral and incredibly engrossing. The story, the spectacle, the spirituality, the beauty – this is moviemaking & storytelling at its absolute finest.”

“Happy Sad Confused” host Josh Horowitz raved, “James Cameron once again shows filmmakers how it’s done. I’ve said it a thousand times. Never doubt him. ‘Avatar: The Way of Water’ is how you do epic blockbuster-ing. Emotional, visceral and as big as movies get.”

“I had faith James Cameron would raise the bar with the effects but these visuals are mind-blowing,” Collider’s Peri Nemiroff added. “One stunning frame after the next.”

While the film’s three-hour-and-10 minute runtime has been making headlines for weeks, it doesn’t appear anyone was too bothered by the length. Cameron himself has said he doesn’t care if viewers leave the theater to use the bathroom.

Yaaas, we stan a magnanimous king. His mind! King James said, “pay your money, but don’t piss your pants. Go on, head to the head, just don’t call it the throne, unless you’ve paid your dues.” And in HIS mind, it even rhymes. No wonder the dialog in his films feels so effortless. Seems there’s nothing he can’t do. Here are some of Avatar 2: Slippery When Wet‘s splashiest reviews on Twitter.

Avatar The Way of Water: lol imagine being dumb enough to bet against James Cameron. or teen alien Sigourney Weaver. or giant whales subtitled in papyrus.

light years better than the first & easily one of the best theatrical experiences in ages. streaming found dead in a ditch.

Happy to say #AvatarTheWayOfWater is phenomenal! Bigger, better & more emotional than #Avatar, the film is visually breathtaking, visceral & incredibly engrossing. The story, the spectacle, the spirituality, the beauty – this is moviemaking & storytelling at its absolute finest. pic.twitter.com/RicnpDghrx

Someone texted me, “what’s the most visually impressive part of the movie?” And I responded, “The whole thing honestly.”

Wait just a minute now, wasn’t Pandora the name of the planet in the first one? So what, pray tell, is a Pandora fish? I maintain this will be the corniest movie since Signs 2: It’s Corn!

Here are some looks from last night’s London premiere: 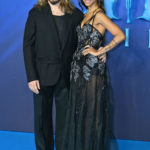 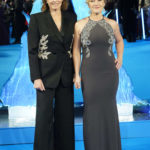 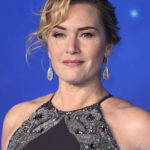 Tags: Avatar, Guillermo Del Toro, It's Corn, James Cameron, Raves, sequels
SHARE
Our commenting rules: Don't be racist or bigoted, or post comments like "Who cares?", or have multiple accounts, or repost a comment that was deleted by a mod, or post NSFW pics/videos/GIFs, or go off topic when not in an Open Post, or post paparazzi/event/red carpet pics from photo agencies due to copyright infringement issues. Also, promoting adblockers, your website, or your forum is not allowed. Breaking a rule may result in your Disqus account getting permanently or temporarily banned. New commenters must go through a period of pre-moderation. And some posts may be pre-moderated so it could take a minute for your comment to appear if it's approved. If you have a question or an issue with comments, email: [email protected]
src="https://c.statcounter.com/922697/0/f674ac4a/1/"
alt="drupal analytics" >