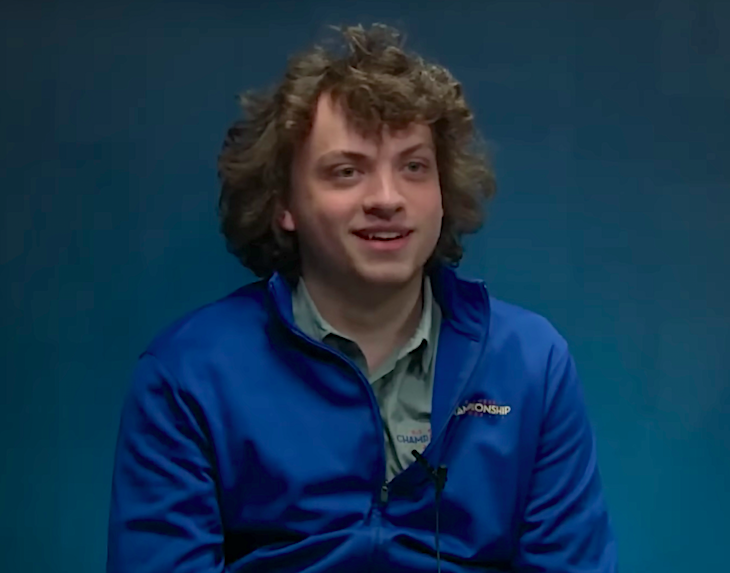 Magnus isn’t the only person Hans is suing. He’s also going after Magnus’ company, Chess.com, Daniel Rensch (Chess.com’s Chief Chess Officer), and grandmaster Hikaru Nakamura. Hans posted the lawsuit to Twitter, and it says that he’s suing to “recover from the devastating damages” the defendants have inflicted on “his reputation, career, and life.” He accuses the defendants of “colluding to blacklist” him from the chess world. The suit says that after Hans “soundly defeated” Magnus in the Sinquefield Cup in September, Magnus “snapped.” Hans believes this was because Magnus wanted to preserve his status as “The King of Chess” so he could complete his company’s multi-million dollar buyout with Chess.com:

Enraged that the young Niemann, fully 12 years his junior, dared to disrespect the “King of Chess,” and fearful that the young prodigy would further blemish his multi-million dollar brand by beating him again, Carlsen viciously and maliciously retaliated against Niemann by falsely accusing Niemann, without any evidence, of somehow cheating during their in-person game and demanding that the organizers of the Sinquefield Cup immediately disqualify Niemann fro the tournament.

The suit alleges that, after tournament officials refused to kick Hans out of the tournament, Magnus quit out of protest. Then he “confirmed his defamatory accusations” against Hans with “a provocative post on Twitter,” which kicked off all these cheating allegations. In their match a few weeks later, Magnus “gutlessly forfeited” and followed up with more insinuations and accusations. The suit claims that Magnus worked with Chess.com, Danny Rensch, and streamer Hikaru Nakamura to amplify the cheating allegations and make defamatory statements against Hans. For example, during an interview in September, Hans claimed he’d only cheated on Chess.com twice, once when he was 12, and another when he was 16. In early October, Chess.com issued a report rejecting Hans’ claims, stating, via NPR:

Hans wants a federal court in Missouri to award him $100 million in damages in a jury trial. Here’s Hans’ post on Twitter:

My lawsuit speaks for itself https://t.co/rOfUxiNYCH

After getting sued, Chess.com posted a statement from their attorneys. They say the allegations are bogus, and they’re “looking forward to setting the record straight on behalf of its team and all honest chess players.” Magnus’ lawyer said that Hans is an admitted cheater and his claims are without merit. They call his suit “nothing more than an attempt to deflect blame on others.”

Whew! That’s a lot of legal mumbo jumbo! Let’s wipe our brains clean and enjoy this video of Hans getting his butt scanned at the US Chess Championship a couple of weeks ago:

This negative scan proves nothing. If Hans really wanted to prove his innocence, he’d drop trou, bend over, and submit to a deep cavity search. And when I say deep, I mean DEEP. Like, a vet sticking his entire arm into a cow’s ass-level of deep. No stone left unturned!

Tags: Butt Stuff, Cheaters, Nerds, SCANDAL
SHARE
Our commenting rules: Don't be racist or bigoted, or post comments like "Who cares?", or have multiple accounts, or repost a comment that was deleted by a mod, or post NSFW pics/videos/GIFs, or go off topic when not in an Open Post, or post paparazzi/event/red carpet pics from photo agencies due to copyright infringement issues. Also, promoting adblockers, your website, or your forum is not allowed. Breaking a rule may result in your Disqus account getting permanently or temporarily banned. New commenters must go through a period of pre-moderation. And some posts may be pre-moderated so it could take a minute for your comment to appear if it's approved. If you have a question or an issue with comments, email: [email protected]
src="https://c.statcounter.com/922697/0/f674ac4a/1/"
alt="drupal analytics" >