With Alec Baldwin’s career in a precarious position, it’s only right that a new Boss Baby should emerge from the wreckage. At the practically geriatric pediatric age of 10, Blue Ivy Carter is a hair too long in the baby tooth to retain the title, but she is well positioned to be crowned our nation’s premiere Mogul Middlegrader. Blue Ivy, accompanied by her entourage, which includes pop singer Beyoncé and her husband, rapper Jay Z, attended her granny’s little dress-up party over the weekend and made her presence known by bidding $80,000 for a pair of earrings at the 2022 Wearable Art Gala auction. Let one of Elon Musk’s looming babies fight it out with one of Nick Cannon’s predicted progeny for the title of Boss Baby. Blue Ivy is so far ahead of the game that she’ll be retired with a full pension before any of those babies coming up behind her even get a chance to check in with HR for their orientation.

The annual Wearable Art Gala is Tina Knowles-Lawson’s baby, and this wasn’t Blue Ivy’s first time wielding a paddle for a good cause. At 2018’s gala, she bid $17,000 for a painting done by Sidney Poitier, but graciously let Tyler Perry take it, presumably because it didn’t match the decor in her trophy room. But while Blue Ivy is only an Oscar, Tony, and Emmy away from EGOTing, she’s well on her way to earning an I.R.S. audit of her piggy bank. People reports:

On Saturday night, the 10-year-old attended the 2022 Wearable Art Gala in Los Angeles with parents JAY-Z and Beyoncé.

During the event, Blue Ivy proudly stood up to bid over $80,000 on a pair of Lorraine Schwartz diamond earrings, which grandmother and host of the event Tina Knowles was wearing that night. The presentation for the lavish earrings also noted that the jewelry previously belonged to the “Break My Soul” singer.

In a video from the gala, the pre-teen wore a royal blue outfit with a pair of black sunglasses as she waved her auction paddle under the supervision of her parents. Eventually, Blue Ivy was outbid by the founder of Mielle Organics, Monique Rodriguez and husband Melvin, who bid $105,000 on the earrings.

Here’s Blue Ivy demonstrating the primary reason why it’s a bad idea to let kids wear blazers. It gives them ideas. And yes, baby, this is Keke Palmer. And baby-sized Quinta Brunson!

The theme of this year’s event was Harlem Nights, presumably because Beyoncé owns Renaissance now, both the word and the concept, at least for the next couple of centuries. Prayers up for Lindsay Lohan. She was this close to completing hers in time. According to Glamour, “no one does a theme like Beyoncé,” who acted as “an honorary co-chair” for the event, yet she still didn’t let her mom call it Harlem Renaissance even though the theme “honored fashion from the 1920s to ’50s, with the films Harlem Nights and The Cotton Club serving as the inspiration.” Here’s Bey’s interpretation of the theme. I guess she’s saving all her good flapper fits for her Renaissance world tour.

Here are some more looks from the Gala, including ones from Chloe and Halle Bailey, Angela Bassett, Issa Rae, Michelle Williams, Andra Day, Lori Harvey, LL Cool J, Jurnee Smollett and Tyler Perry, who may or may not have been there to hit Blue Ivy up for the extra $3,000 she cost him waving her little paddle around last time! 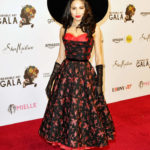 Tags: Andra Day, Angela Bassett, Beyonce, Chloe Bailey, Halle Bailey, Issa Rae, Jurnee Smollett, Keke Palmer, Lori Harvey, Quinta Brunson, Tina Knowles, Tyler Perry
SHARE
Our commenting rules: Don't be racist or bigoted, or post comments like "Who cares?", or have multiple accounts, or repost a comment that was deleted by a mod, or post NSFW pics/videos/GIFs, or go off topic when not in an Open Post, or post paparazzi/event/red carpet pics from photo agencies due to copyright infringement issues. Also, promoting adblockers, your website, or your forum is not allowed. Breaking a rule may result in your Disqus account getting permanently or temporarily banned. New commenters must go through a period of pre-moderation. And some posts may be pre-moderated so it could take a minute for your comment to appear if it's approved. If you have a question or an issue with comments, email: [email protected]
src="https://c.statcounter.com/922697/0/f674ac4a/1/"
alt="drupal analytics" >