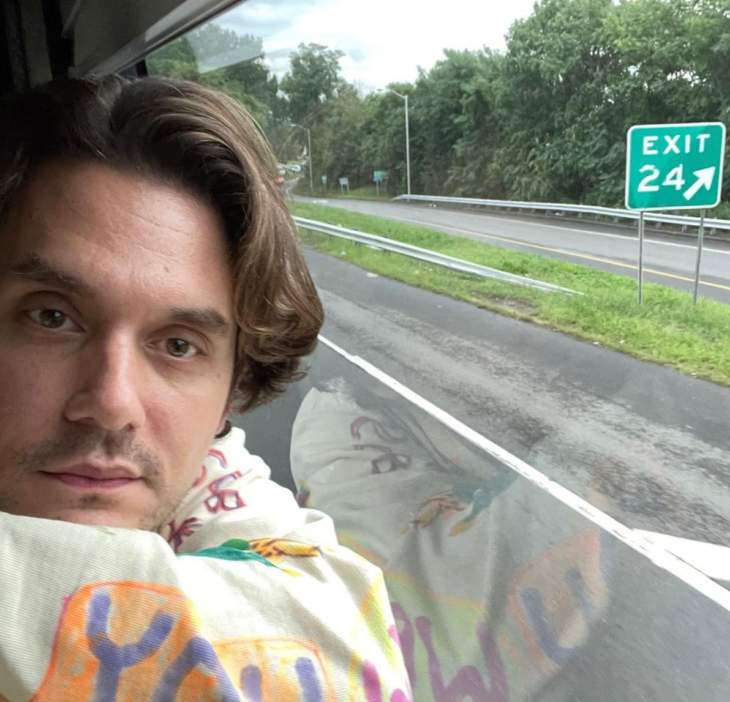 After their Midnights feeding frenzy, The Swifties have had just enough time to regroup, sharpen their eyeliner pencils to a deadly point and charge into battle against (checks notes, checks calendar, checks notes again, remembers this is Taylor Swift we’re dealing with, makes the sign of the cross and prays for Jake Gyllenhaal, checks notes again and shrugs) John Mayer.

If you didn’t stay up past your bedtime last night to stream Taylor’s new album as soon as it was released at midnight, then you absolutely did not stay up until 3:00 AM waiting for Taylor to drop a bunch of bonus tracks (citation: Me, myself and I who was in bed by 10:00 thanks to toke of Four-Twenties at Nine-forty-fives), the 19th of which, titled Would’ve, Could’ve, Should’ve, is all about a 19-year-old Taylor who is paint that was splattered “on a promising grown man,” when she was but “a child.” You see, Taylor was 19 when she was in a relationship with 32-year-old John, which of course, is gross, but at least she didn’t give him her scarf (WINK WINK). According to The Wrap:

Did Taylor Swift add a John Mayer takedown to her surprise 3 a.m. edition of “Midnights”? The internet sure seems to think so.

Social media is in a frenzy over whether the pop star’s latest album and its set of seven bonus tracks rails on her relationship with Mayer, which took place when she was 19 and he was 32.

The song in question, titled “Would’ve, Could’ve, Should’ve,” is being pinned as a follow-up of sorts to Swift’s previous musical commentary on that relationship, “Dear John,” which ran as a track on 2010’s “Speak Now.”

“If I was some paint, did it splatter on a promising grown man?/And if I was a child did it matter if you got to wash your hands?” Swift sings on the pop song’s opening verse, indicating the age gap of the romance in question.

The song, released as a 3 a.m. bonus to the album’s 13 previously announced songs and ran as – you guessed it – track No. 19, immediately stirred interest online, with many fans taking to Twitter to tease Mayer and celebrate Swift for speaking out about the relationship all these years later.

While I am very much here for a John Mayer takedown 13 years after the fact, as with most classic Swiftian dilemmas, I do have to draw the line at straight-up murder. But maybe that’s just because I have a hard time identifying satire and some of these wild-ass responses really are just modest proposals (WINK WINK). Page Six reports:

This is hardly the first time the “Slow Dancing in a Burning Room” crooner has been attacked by his ex’s fans. Last year, Mayer responded to a Swift fan who told him to “die.”

“fuck yourself you ugly bitch i hope you choke on something <3,” the Swiftie named Alondra wrote in a message to Mayer, according to screenshots posted by Instagram account @deux.discusssions.

Page Six notes that the bitch did eventually respond last year, asking that user if she really wanted him to die. She responded that she did not and said she was sorry. But since Taylor herself has never stepped in to stanch the bleeding (it’s called a metaphor, people. Taylor’s not the only genius with an unread copy of Eats, Shoots & Leaves on their desk), John may want to consider contacting Persian cat breeders and find himself his own Ms. Fluffle Stilt Skins to act as his publicist going forward as Jake did. Having a cute whittle swcruncy mouthpiece is the only reason Jake’s still alive.

Tags: Jake Gyllenhaal, John Mayer, Spokes Pussies, Taylor Swift
SHARE
Our commenting rules: Don't be racist or bigoted, or post comments like "Who cares?", or have multiple accounts, or repost a comment that was deleted by a mod, or post NSFW pics/videos/GIFs, or go off topic when not in an Open Post, or post paparazzi/event/red carpet pics from photo agencies due to copyright infringement issues. Also, promoting adblockers, your website, or your forum is not allowed. Breaking a rule may result in your Disqus account getting permanently or temporarily banned. New commenters must go through a period of pre-moderation. And some posts may be pre-moderated so it could take a minute for your comment to appear if it's approved. If you have a question or an issue with comments, email: [email protected]
src="https://c.statcounter.com/922697/0/f674ac4a/1/"
alt="drupal analytics" >