After “Bros” Bombed At The Box Office, Billy Eichner Said That Straight People Just Didn’t Show Up For It 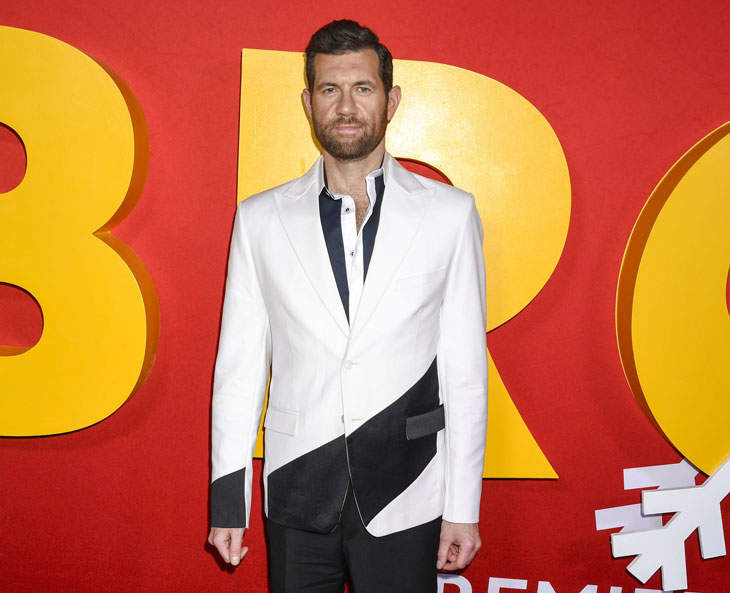 Billy Eichner is a bit pissed off and roasted the heteros on Twitter for not supporting his gay romantic comedy, Bros, which was released this past Friday and received pretty amazing reviews. It has a 91% critics score and a 92% audience score on Rotten Tomatoes, but that wasn’t enough to get asses in the seats to see it. Bros only pulled in $4.8 million over the weekend. Billy took to Twitter to accuse the Straights™ of not holding up their end of the equality bargain and said that they “just didn’t show up for Bros..”

Bros is written and produced by Billy and is about a gay podcaster, Bobby (Billy), who is fine being single until he meets a hottie who actually has a deeper personality, Aaron (played by Luke Macfarlane), and drama and comedy ensue as they pursue a romantic relationship while Bobby launches an LGBTQ Museum. It’s the first gay rom-com with a mostly LGTBQ cast to be released by a major studio (Universal). Variety says that the film did not do well and made $4.8 million from 3,350 locations. The movie’s production budget was $22 million. Here are the top 5 movies at the box office this past weekend. via Box Office Mojo:

During his Twitter response to Bros flopping at the box office, Billy explained that he’s so proud of the movie and that audiences love it so much that they cried after it (I think he’s joking, I think). Billy also said that one theater chain nearly pulled the trailer because it was 2Gay4Audiences:

Rolling Stone already has BROS on the list of the best comedies of the 21st century. What’s also true is that at one point a theater chain called Universal and said they were pulling the trailer because of the gay content. (Uni convinced them not to). America, fuck yeah, etc etc.

Billy went on to say that even though Bros got great reviews and audiences loved it, straight people just didn’t buy a ticket for it and he urged the non-gay-haters to go and see it.

Everyone who ISN’T a homophobic weirdo should go see BROS tonight! You will have a blast! And it *is* special and uniquely powerful to see this particular story on a big screen, esp for queer folks who don’t get this opportunity often. I love this movie so much. GO BROS!!! ❤️🌈

Billy has been known to get straight people to do something he wants by screaming at them, so maybe this strategy will work again. But if not, Billy should quickly add some scenes to Bros where he and his co-stars wash planes while shirtless, or some shit. Because it seems like straight Americans love homoeroticness when there are flying jets involved (see – Top Gun: Maverick).

Tags: Billy Eichner, Box Office
SHARE
Our commenting rules: Don't be racist or bigoted, or post comments like "Who cares?", or have multiple accounts, or repost a comment that was deleted by a mod, or post NSFW pics/videos/GIFs, or go off topic when not in an Open Post, or post paparazzi/event/red carpet pics from photo agencies due to copyright infringement issues. Also, promoting adblockers, your website, or your forum is not allowed. Breaking a rule may result in your Disqus account getting permanently or temporarily banned. New commenters must go through a period of pre-moderation. And some posts may be pre-moderated so it could take a minute for your comment to appear if it's approved. If you have a question or an issue with comments, email: [email protected]
src="https://c.statcounter.com/922697/0/f674ac4a/1/"
alt="drupal analytics" >