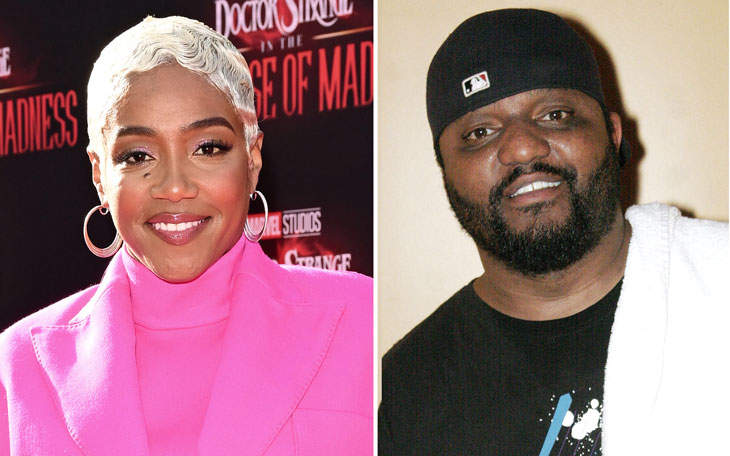 Earlier this month, we all reached for our desktop folders marked “PALATE CLEANING KITTEH VIDEOS TO WATCH IN CASE OF AN EMERGENCY” when it was reported that Tiffany Haddish and Aries Spears were hit with a lawsuit from two siblings who accused Tiffany and Aries of grooming and sexually abusing them as children for comedy skits. One of the skits was called Through a Pedophile’s Eyes and was uploaded to Funny or Die. The site already distanced itself from that mess, saying that the video was “absolutely disgusting,” was not produced by them, was uploaded to the site as user-generated content, and was pulled down in 2018 after they learned of its gross existence. Tiffany and Aries called the lawsuit a “shakedown,” but Tiffany later said that she “regretted” acting in the skit. Well, the lawsuit against Tiffany and Aries is no longer moving forward since the siblings have dropped it and wished Tiffany well in a statement. Hush money, thy name be that statement.

The siblings, who went by Jane Doe and John Doe in their lawsuit, met Tiffany through their mother and considered her an auntie. Tiffany and the plaintiffs’ mother were both in the Los Angeles comedy scene and quickly became good friends. Jane Doe stated in the lawsuit that in 2013, when she was 14 years old, Tiffany and Aries sexualized her in a sketch. A year later when John Doe was 7 years old, Tiffany and Aries allegedly sexualized him in a different sketch. Tiffany allegedly told Jane and John Doe’s mother that she was taking them to auditions since they were interested in getting into the business but she was really using them in those trash skits. Jane and John Doe say that they were left traumatized by the alleged incidents and developed social disorders. Jane and John Doe also said that their mother contemplated suicide over what happened to them.

After the lawsuit was filed, Tiffany hired lawyer Andrew Brettler, who has represented noted alleged abusers Prince Andrew, Bryan Singer, and Armie Hammer, and accused the plaintiffs’ mother of trying to shake her down for money for years with these “bogus” claims. A couple of days ago, Radar reported that both sides agreed to seal the complaint “because it contained several photographs of a minor John in an undressed state.” Jane and John Doe also let the judge know that they’re open to settlement talks with Tiffany and Aries. Well, those settlement talks were opened and now they’re closed because they’ve come to an agreement.

TMZ says that Jane Doe asked the judge to dismiss the case with prejudice and that means the lawsuit cannot be refiled. Jane Doe also released this statement but didn’t mention Aries Spears:

“My family and I have known Tiffany Haddish for many years – and we now know that she would never harm me or my brother or help anyone else do anything that could harm us. We wish Tiffany the best and are glad that we can all put this behind us.”

That statement totally wasn’t written by Tiffany’s PR team. Not at all. I’m surprised it didn’t end with, “And while we’ve got you here, I’d like to let you know that Tiffany is also a kind soul who’d never bully and dox doctors over COVID conspiracy theories and who can be seen next year in Disney’s Haunted Mansion movie.” And well now, we can join Jane Doe in forgetting that Aries Spears exists.

Tags: Aries Spears, Hush Money, Lawsuits, Tiffany Haddish
SHARE
Our commenting rules: Don't be racist or bigoted, or post comments like "Who cares?", or have multiple accounts, or repost a comment that was deleted by a mod, or post NSFW pics/videos/GIFs, or go off topic when not in an Open Post, or post paparazzi/event/red carpet pics from photo agencies due to copyright infringement issues. Also, promoting adblockers, your website, or your forum is not allowed. Breaking a rule may result in your Disqus account getting permanently or temporarily banned. New commenters must go through a period of pre-moderation. And some posts may be pre-moderated so it could take a minute for your comment to appear if it's approved. If you have a question or an issue with comments, email: [email protected]
src="https://c.statcounter.com/922697/0/f674ac4a/1/"
alt="drupal analytics" >