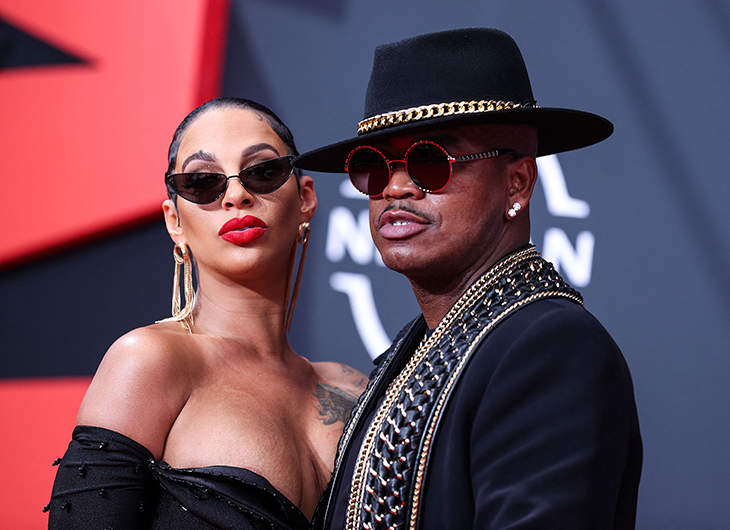 Ne-Yo‘s wife of 6 years, Crystal Renay, recently hopped onto social media to roast her husband who she’d been with for eight years. Crystal accused him of cheating on her for their entire relationship. 42-year-old Ne-Yo quickly posted to his socials, saying his family needs privacy. Now, TMZ says that 36-year-old Crystal filed for divorce and also revealed that Ne-Yo’s a regular Tristan Thompson because he had a child with another woman during their relationship. Well, I think we can all agree, secret love child o’clock is always a good time to exit.

2022 was a real rollercoaster for this love story because earlier it had the couple renewing their vows in Las Vegas and now it’s got Crystal posting about how she’s “heartbroken and disgusted” about Ne-Yo’s alleged longtime cheating. Vow renewals continue to be the kiss of death for marriages. In her divorce filing, Crystal asks for primary custody of their children–Shaffer, 6, Roman, 3, and Isabella, 1–and wants spousal support.

Ne-Yo’s wife is putting an end to the couple’s marriage … filing for divorce, and claiming the singer recently fathered a child with another woman. Crystal Renay — who married Ne-Yo in February 2016 — filed divorce docs earlier this week in Atlanta saying the couple’s marriage is “irretrievably broken with no hope for reconciliation.”

What’s most shocking, Smith says that while she and Ne-Yo have three children together of their own — he recently fathered a child with another woman. Crystal lists the couple’s date of separation as July 22, 2022 … and says she’s been taking care of the three kids since the split.

Crystal is asking for primary physical custody of the kids and joint legal custody — she’s also asking for child support and alimony.

This is actually the second time Crystal has filed for divorce from Ne-Yo. The first time was in 2020, but they worked things out and he re-proposed last New Year’s, which is why they renewed their vows. And the whole time he had a baby on the side in secret? Audacity has yet to meet a hetero man it doesn’t adore, eh?

It’s always time to cut and run when your husband pulls out the Secret Love Child card on you. I wonder how Ne-Yo was able to pull off such an elaborate plan? I’m not sure how old the child is, but regardless, Ne-Yo hid cheating from Crystal for the entire relationship. Maybe that’s why he always wears a hat? It’s not to hide his head, he has his side-trick phone hidden inside of it!

Tags: Love Child, Ne-Yo, Secret Love Child, Wandering Peens
SHARE
Our commenting rules: Don't be racist or bigoted, or post comments like "Who cares?", or have multiple accounts, or repost a comment that was deleted by a mod, or post NSFW pics/videos/GIFs, or go off topic when not in an Open Post, or post paparazzi/event/red carpet pics from photo agencies due to copyright infringement issues. Also, promoting adblockers, your website, or your forum is not allowed. Breaking a rule may result in your Disqus account getting permanently or temporarily banned. New commenters must go through a period of pre-moderation. And some posts may be pre-moderated so it could take a minute for your comment to appear if it's approved. If you have a question or an issue with comments, email: [email protected]
src="https://c.statcounter.com/922697/0/f674ac4a/1/"
alt="drupal analytics" >