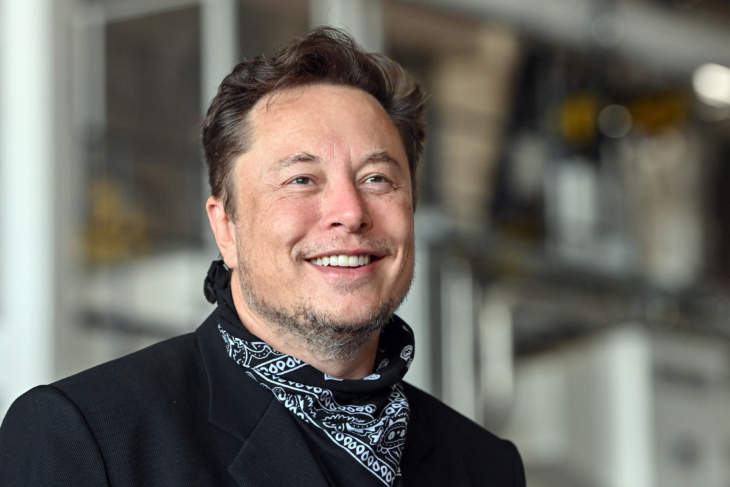 Twitter is finally taking steps to rid itself of its troll problem. Well, not all the trolls obviously, some I imagine are useful for traffic, but the big ugly one that has been running around leaving poop emojis in their corporate offices must be stopped. As expected, after Elon Musk officially withdrew from his acquisition agreement to buy the company for $44 billion, Twitter has released an army of lawyers armed with big words highlighter pens and filed a lawsuit against Elon to “compel consummation of the merger,” in the hopes that he won’t shit where he eats, I guess. Jokes on them though since trolls as nasty as Elon will happily eat their own shit for lols, even if it costs them a $1 billion breakup fee.

Anyone who’s ever seen Elon grin knows exactly what his diet consists of, and, incidentally, may be eligible for compensation. In their filing, Twitter asserts that ever since he first expressed interest in the inner workings of Twitter, every move he’s made “all constitute an elaborate joke.” CNN reports:

Twitter has sued billionaire Elon Musk in an effort to force him to follow through with his deal to buy the social media company.

The lawsuit, filed in the Delaware Court of Chancery on Tuesday, comes after Musk said in a letter to Twitter’s top lawyer late Friday that he wants to terminate the blockbuster $44 billion acquisition agreement.

Musk’s lawyer alleged in Friday’s letter that Twitter (TWTR) is “in material breach of multiple provisions” of the deal, claiming the company has withheld data Musk requested in order to evaluate the number of bots and spam accounts on the platform. Twitter’s legal team hit back in a letter on Monday, calling Musk’s attempted termination “invalid and wrongful,” claiming that Musk himself had violated the agreement and demanding that he follow through with the deal.

In the complaint filed Tuesday, Twitter’s lawyers say they are seeking to prevent Musk from further breaches of the agreement, and to “compel consummation of the merger upon satisfaction of the few outstanding conditions.”

“In April 2022, Elon Musk entered into a binding merger agreement with Twitter, promising to use his best efforts to get the deal done,” the complaint states. “Now, less than three months later, Musk refuses to honor his obligations to Twitter and its stockholders because the deal he signed no longer serves his personal interests.”

Here’s a cryptic tweet from Elon that CNN says came shortly after Twitter’s filing was made public.

Lol, indeed. I said the same thing when I got a $40 parking ticket thinking I could just run into the store real quick and get change for the meter. While it is objectively hilarious that a multi-billion dollar publicly traded company became the pawn of a petulant edgelord who dresses like a 10-year-old boy at a cowboy-themed birthday party and wants to populate Mars with his virulent seed, this is no laughing matter. Not when he’s fucking with other rich people’s money.

Twitter said in its Tuesday complaint that, “having mounted a public spectacle to put Twitter in play, and having proposed and then signed a seller-friendly merger agreement, Musk apparently believes that he — unlike every other party subject to Delaware contract law — is free to change his mind, trash the company, disrupt its operations, destroy stockholder value, and walk away.”

It later adds that Musk’s attempts to exit the deal and his “disparagement of Twitter and its personnel … expose Twitter to adverse effects on its business operations, employees and stock price.”

CNN adds that “Twitter’s stock, which regained around 4% on Tuesday after falling sharply on Monday” but “is trading 34% below its price the day Twitter and Musk struck the deal, and 37% below Musk’s offer price, suggesting deep skepticism about the deal getting done, at least at its original price.” Elon’s also fucking up his own money.

Some analysts, however, have suggested that Musk simply wants an excuse to get out of a deal that now seems overpriced following the downturn in Twitter shares and the overall tech market. Tesla (TSLA) shares, which Musk is relying on in part to finance the deal, have also declined sharply since he agreed to the acquisition deal.

Oh, the irony lol. Well, if Twitter gets its way, Elon won’t have much time to contest his ticket. They’ve filed a motion to expedite the case and are requesting a 4-day trial to be completed by September and have reportedly already gone to Copy Central to get a giant cardboard cutout of Elon’s poop emoji tweet for the courtroom.

obviously the poop emoji made it into the complaint pic.twitter.com/kPgRONZFo7

Tags: #tooktwitter, Billionaire Shit, Elon Musk, Twitter Fights
SHARE
Our commenting rules: Don't be racist or bigoted, or post comments like "Who cares?", or have multiple accounts, or repost a comment that was deleted by a mod, or post NSFW pics/videos/GIFs, or go off topic when not in an Open Post, or post paparazzi/event/red carpet pics from photo agencies due to copyright infringement issues. Also, promoting adblockers, your website, or your forum is not allowed. Breaking a rule may result in your Disqus account getting permanently or temporarily banned. New commenters must go through a period of pre-moderation. And some posts may be pre-moderated so it could take a minute for your comment to appear if it's approved. If you have a question or an issue with comments, email: [email protected]
src="https://c.statcounter.com/922697/0/f674ac4a/1/"
alt="drupal analytics" >