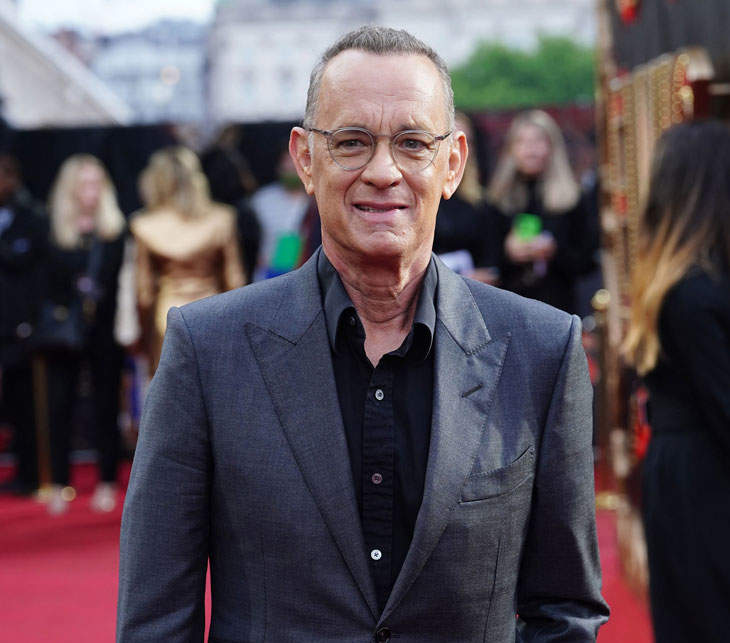 Patricia Heaton is celebrating today, for the first time in a long time, her angry social media ramblings have been validated. Patricia Heaton was so heated (pun intended!) to discover that Buzz Lightyear, the titular character of the new Pixar film Lightyear, wasn’t voiced by Tim Allen, who was been voicing the cocky space ranger toy since 1995’s Toy Story. The Lightyear in Lightyear is voiced by Chris Evans. And if you ask Tom Hanks, Tim’s animated sidekick for the past 27 years, he’s agreeing with Patricia’s outrage on the matter, because he too can’t understand why Tim’s agent wasn’t called at casting time.

As has been explained hundreds of times, Lightyear is about the astronaut Buzz Lightyear, who inspired the toy, Buzz Lightyear. So, technically two different characters. Which I guess is why Pixar decided to throw another voice into the mix by hiring Chris Evans. But some people are deeply confused by that choice, because to them, whether it be Buzz Lightyear the astronaut or Buzz Lightyear the astronaut toy, the voice that one should hear when Buzz speaks is that of Tim Allen. Tom Hanks is currently appearing in the Elvis Presley biopic Elvis, as Elvis’ manager Col. Tom Parker. Tom did an interview with CinemaBlend about his Elvis movie, but they ended up talking about Lightyear as well. The reason for this is that both films premiered last month. Tom joked that it would have been fun to go against Tim Allen at the box office, but he was denied the chance because Tim had nothing to do with this version of Buzz Lightyear. That’s when Tom voiced his concern for Pixar’s casting department. via The Hollywood Reporter:

“How about that?” Hanks replied, appearing a bit befuddled about the situation. “Actually, I wanted to go head-to-head with Tim Allen, and then they didn’t let Tim Allen do it. I don’t understand that.”

When the interviewer implied that Evans is a big name at the moment, Hanks responded, “Yeah, yeah, yeah, I know.” The actor then added diplomatically, “But here’s the thing: Just as long as people come back to the motion picture theater. I want to go back into the theater with a bunch of strangers and leave with something in common. That’s what I want to do.”

Lightyear hasn’t exactly been doing the greatest numbers at the box office since it dropped in theaters last month, whereas Elvis has done just a bit better.

I get that it might be disappointing for some people to see Buzz Lightyear and not hear Buzz Lightyear’s voice come out of his mouth (excuse me, the astronaut, not the toy based on the astronaut). But how is Tom Hanks confused by these two different voices? It’s easy enough to explain, especially to someone like Tom Hanks! For example, his own son Chet Hanks often sounds like two completely different people.

Tags: Chris Evans, Pixar, Tim Allen, Tom Hanks
SHARE
Our commenting rules: Don't be racist or bigoted, or post comments like "Who cares?", or have multiple accounts, or repost a comment that was deleted by a mod, or post NSFW pics/videos/GIFs, or go off topic when not in an Open Post, or post paparazzi/event/red carpet pics from photo agencies due to copyright infringement issues. Also, promoting adblockers, your website, or your forum is not allowed. Breaking a rule may result in your Disqus account getting permanently or temporarily banned. New commenters must go through a period of pre-moderation. And some posts may be pre-moderated so it could take a minute for your comment to appear if it's approved. If you have a question or an issue with comments, email: [email protected]
src="https://c.statcounter.com/922697/0/f674ac4a/1/"
alt="drupal analytics" >