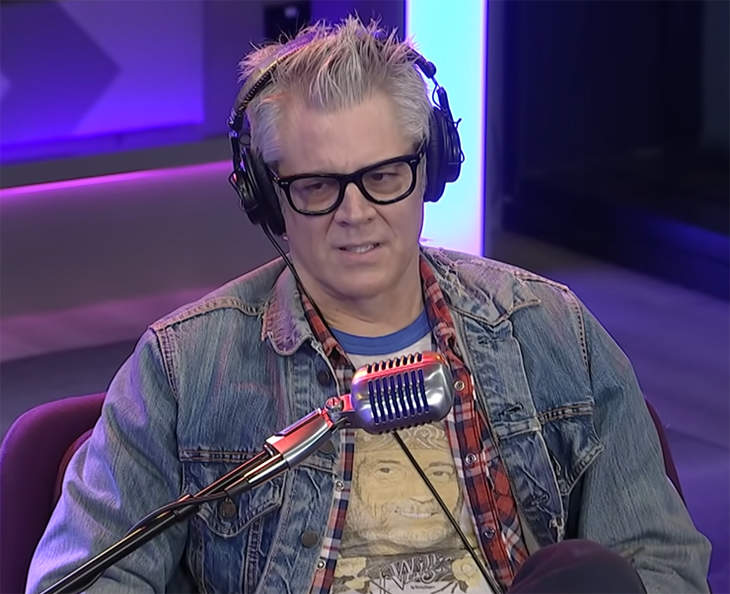 Bad news for everyone who wants to see a 50-year-old man put his body through absolute trauma: Johnny Knoxville is done with dangerous stunts after he got severely busted up while shooting Jackass Forever, which comes out on February 4th. On SiriusXM’s The Howard Stern Show, Johnny explains that he suffered literal brain damage from a bull stunt they filmed and so he’s decided to clock out of the Idiot Circus once and for all before shit can get too life-threatening.

In the trailer for the movie, you see Johnny dressed up as a Matador as he rides a bull and gets absolutely demolished by it because, you know, it’s a thousand-pound animal and he’s a frail-bodied, middle-aged man. And the hit was as bad as it looks. Johnny suffered a broken wrist, broken ribs, and a brain hemorrhage. On his show, Howard Stern asks Johnny about the cognitive damage he dealt with after filming Jackass Forever. It took Johnny months to recover from it. via Loudwire:

“My cognitive abilities were in steep decline after that hit. The bull hit was the worst hit I’ve ever taken from a bull or maybe period. I remember taking some tests. The neurosurgeon said, “Do you have trouble paying attention right now?” I said, “Yeah, why?” He goes, “Because you scored a 17 on [your attention].” …That’s out of 100…

I had to go under all these type of treatments, this transcranial magnetic stimulation, which they buzz your head with these magnets for about 30 minutes at a time for like, oh god, I would say 10 to 12 treatments over a series of two months and it’s supposed to help with depression and help with my cognitive skills. It was a tough one to come back from. I was trying to edit the movie at the time, but I couldn’t sit still.”

Because of the trauma to his brain, Johnny even suffered from depression and had to take medication. But he’s much better now:

“I did slip into a little bit of a depression with this last concussion. That hasn’t happened before… My brain was just playing tricks on me. I got really depressed and over-focused on things. I did have to start medication for the first time in my life… It completely turned me around–that and doing therapy. It was a really hard recovery from this last injury, but I’m great now. I feel like I’m the healthiest I’ve ever been.”

Well, I guess this goes to show you that the kids on TikTok doing stupid challenges and putting their lives at risk for Internet clout will have until they turn 50 before shit really gets bad. JK, they’re probably already brain-damaged from the Electrical Outlet Challenge.

Tags: Jackass, Jackass Forever, Johnny Knoxville
SHARE
Our commenting rules: Don't be racist or bigoted, or post comments like "Who cares?", or have multiple accounts, or repost a comment that was deleted by a mod, or post NSFW pics/videos/GIFs, or go off topic when not in an Open Post, or post paparazzi/event/red carpet pics from photo agencies due to copyright infringement issues. Also, promoting adblockers, your website, or your forum is not allowed. Breaking a rule may result in your Disqus account getting permanently or temporarily banned. New commenters must go through a period of pre-moderation. And some posts may be pre-moderated so it could take a minute for your comment to appear if it's approved. If you have a question or an issue with comments, email: [email protected]
src="https://c.statcounter.com/922697/0/f674ac4a/1/"
alt="drupal analytics" >