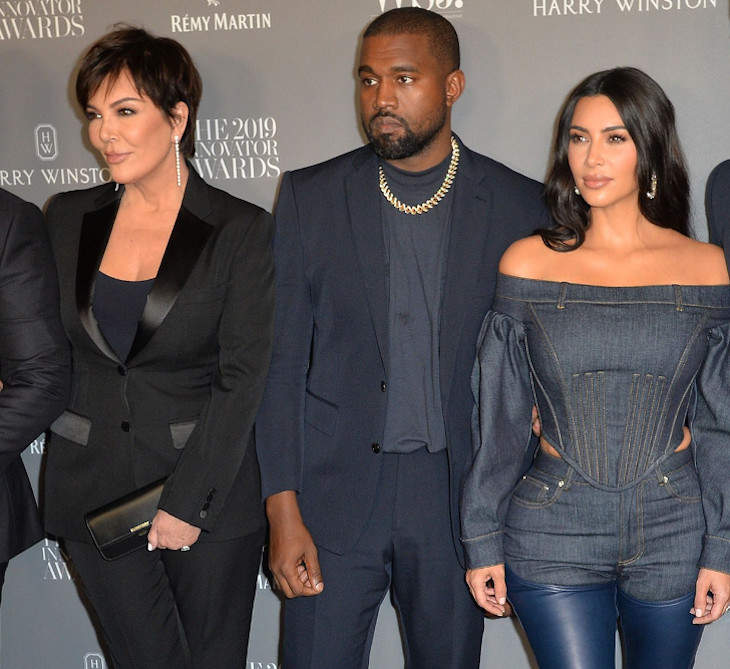 If Kanye West is trying to get a rise out of Kim Kardashian by parading his shiny new F0XBot-3000 around town, he should know better by now that Kim doesn’t perform jealousy unless it’s in the script. No, the fastest and most efficient way to get under Kim’s Skims is through her mother by piercing the Kardashians’ carefully curated public facade. And unfortunately for Kris Jenner, Kanye’s got that covered too. According to Us Weekly, the Kardashians are “not happy with what’s transpired over the last few days,” and they’re not talking about Kanye’s current mannequin Julia Fox getting her own vertical in Interview magazine. Rather, Kim and the rest of the family are upset by Kanye’s new role as Citizen Reporter, reporting on his attempts to attend his daughter Chicago’s birthday party live from the trenches of a luxury sedan.

Kanye may be a clown but he’s no fool when it comes to playing the KUWTK role-playing game for Playstation 5. He knew to get the deets on Chicago’s party by going live. That shit worked like magic but Kanye’s recent comments about having his access to his kids restricted have also resulted in a flurry of “sources” giving Us Weekly exclusives on the family’s reaction.

Not cool. Kim Kardashian’s family is over Kanye West’s actions after he claimed he was not invited to their daughter Chicago’s birthday party over the weekend.

“Kanye has caused a lot of drama lately with the family [and] they’re not happy with what’s transpired over the last few days,” a source exclusively told Us Weekly on Monday, January 17, noting the Yeezy designer 44, is “uncontrollable” as he continues to air their “private matters.”

Kim, for her part, is “hoping the divorce is settled soon,” the source told Us on Monday, adding that she’s “ready for that chapter to close for good” even though West will always be a part of her and the kids’ lives.

As the Christian Genius Billionaire once rapped, “18 years, 18 years,” Kim. That’s what she signed up for. If I didn’t know better, I’d suspect Kim has never read a book in her entire life. But she’s practically a lawyer so that can’t be true. But the thing about chapters is there’s always another one, right up until The End. And if the book is any good, the subsequent chapters build and develop upon the previous ones. And this one’s shaping up to be a real nail-biter! But Kim ought to cut Kanye some slack here because he’s not the only member of the family to share the unfiltered truth. According to Buzzfeed, Kim’s own mother recently shared an unfiltered photo of Kim in an Instagram post wishing Chicago a happy birthday.

Of course proud grandmother Kris Jenner was one of the first to honor Chicago on her special day, and she posted a series of snaps to her Instagram page alongside a cute caption.

Kris had chosen a sweet black-and-white photobooth pic of her cuddling Chicago for the post’s main image.

But as fans scrolled through the rest of the snaps, they were shocked to see a “seemingly unfiltered” photo of Kris and Kim posing with the little girl.

Ooof. Does anyone know the penalty for matricide? Asking for a lady I’ve never met who lives inside my computer. Kris was alerted to her egregious error and immediately took steps to correct the problem but, as with Kim’s relationship with Kanye, the internet is for at least 18 years if not forever. Here’s the unfiltered photo of Kim as captured by a keen-eyed Redditor. I don’t understand what the big deal is, I think she looks great. And so young! Talk about unrealistic beauty standards. All I see here is a beautiful young woman flanked by two grizzled, ancient crones. Oh, wait, hold up. I just realized that’s Chicago in the middle. My bad. No wonder Kris deleted that shit with a quickness.

Tags: Family Drama, Kanye West, Kim Kardashian, Kris Jenner
SHARE
Our commenting rules: Don't be racist or bigoted, or post comments like "Who cares?", or have multiple accounts, or repost a comment that was deleted by a mod, or post NSFW pics/videos/GIFs, or go off topic when not in an Open Post, or post paparazzi/event/red carpet pics from photo agencies due to copyright infringement issues. Also, promoting adblockers, your website, or your forum is not allowed. Breaking a rule may result in your Disqus account getting permanently or temporarily banned. New commenters must go through a period of pre-moderation. And some posts may be pre-moderated so it could take a minute for your comment to appear if it's approved. If you have a question or an issue with comments, email: [email protected]
src="https://c.statcounter.com/922697/0/f674ac4a/1/"
alt="drupal analytics" >