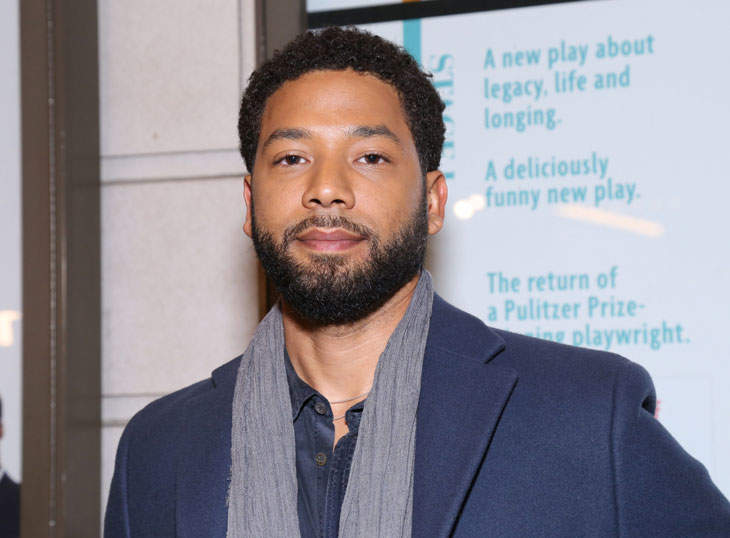 It feels like it was a million years ago when the country was swept up in the miniseries called The Boy Who Cried Hate! starring Jussie Smollett. Back in 2019, it was alleged that the hate crime Jussie suffered at the hands of MAGA hat-wearing racists was orchestrated by Jussie himself! It was the worse episode of Scooby-Doo ever. Jussie tried to have the case dismissed but that request was denied and the trial will be moving forward.

In March 2019, a grand jury indicted Jussie of disorderly conduct for making a false police report after prosecutors claimed he paid bodybuilding brothers Ola and Abel Osundairo $3,500 to fake attack him in an effort to boost his profile. But the charges were quickly dropped after State’s Attorney Kim Foxx decided there was no point in going after him since he’d only get community service if convicted and he’d already done volunteer work and agreed to forfeit his bond to the City of Chicago. But then a special prosecutor looked over the case and re-charged Jussie with disorderly conduct.

Jussie denies he faked his own hate crime, pleaded not guilty to the charges, and has been trying to get the case dismissed. But NBC News reports that Jussie and his legal team did a little shake and shimmy in front of Hudge James Linn to have the case thrown out.

An attorney for the former “Empire” actor said Smollett’s rights were being violated since he had already performed community service and forfeited a $10,000 bond under a previous deal to drop charges in Cook County.

“A deal is a deal. That’s ancient principle,” attorney Nenye Uche said in court on Friday.

That’s when Judge Linn did a slight shrug, banged his gavel and said “OVERRULED!” because there’s a certain plot twist that comes along with this new season of Jussie’s legal drama. The jury selection is set to take place after Thanksgiving.

Jussie’s attorney said that he’s ready for the trial and wants “nothing more than to go to a jury and clear his name.” Big Mistake, Jussie. The courtroom isn’t necessarily the place where you want to try and improve your acting chops! Still, it seems fitting that this mess will begin after Thanksgiving since Jussie is the biggest turkey on the planet and he’s about to feel that 450 degree heat while being cooked by a jury of his peers.

Tags: Jussie Smollett, Legal Trouble
SHARE
Our commenting rules: Don't be racist or bigoted, or post comments like "Who cares?", or have multiple accounts, or repost a comment that was deleted by a mod, or post NSFW pics/videos/GIFs, or go off topic when not in an Open Post, or post paparazzi/event/red carpet pics from photo agencies due to copyright infringement issues. Also, promoting adblockers, your website, or your forum is not allowed. Breaking a rule may result in your Disqus account getting permanently or temporarily banned. New commenters must go through a period of pre-moderation. And some posts may be pre-moderated so it could take a minute for your comment to appear if it's approved. If you have a question or an issue with comments, email: [email protected]
src="https://c.statcounter.com/922697/0/f674ac4a/1/"
alt="drupal analytics" >