John Mulaney Confirmed That Olivia Munn Is Pregnant With His Baby 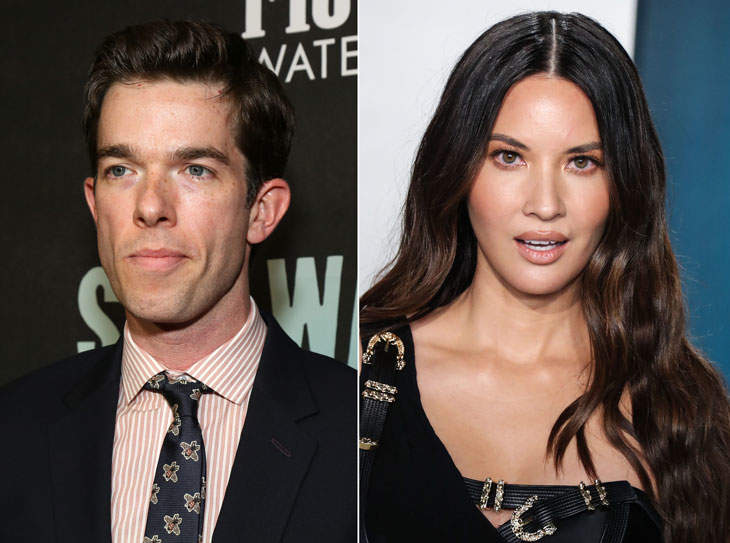 I’ll put you folks out of suspense here, when I go out in public wearing baggy sweatpants it means exactly what you think it does. That I’m fat and shop at Target. And, as it turns out, Olivia Munn going out in public wearing baggy sweatpants meant exactly what we thought it did too. John Mulaney appeared on his friend/interventionist’s show Late Night with Seth Meyers and confirmed the increasingly obvious — Olivia is pregnant.

John will not be accepting any deprecation at this time, he’s got it covered! In the interview, John broke down the timeline from the moment he fell off the wagon for cocaine addiction back in September, went to rehab, got out of rehab, left his wife Anna Marie Tendler, hosted Saturday Night Live on Halloween, fell off the wagon again, and ran into the arms of “a wonderful woman named Olivia.” Yes, that Olivia! People reports:

The Love Wedding Repeat actress is expecting her first baby with John Mulaney, the comedian revealed Tuesday during an appearance on Late Night with Seth Meyers.

“You’ve had a year,” Meyers, 47, told Mulaney at the top of the evening, to which the comedian replied, “I packed a lot into this… Is it September now? I went to rehab in September, I got out in October, I moved out of my home from my ex-wife [Anna Marie Tendler]…”

“Then in the spring I went to Los Angeles and met and started to date a wonderful woman named Olivia,” he continued.

“I got into this relationship that’s been really beautiful with someone incredible,” he said, adding how grateful he is that Munn has held his hand throughout his challenging year. “And we’re having a baby together. I was nervous when I was about to say the news!”

Well, it sounds like she held more than his hand but OK. Bringing new life into the world is wonderful, and Anna Marie is doing just that. She’s selling “framed master works, as well as editioned fine art prints from [her] recent photo series ~Rooms in the First House~” at an upcoming art fair as well as prints through her website. In case you want to bring some new life into your own home!

I mean, I know whose selfies I’d rather look at. Here’s John’s interview with Seth. Come for the awkward self-deprecation, stay for the audible gulps.

Tags: Anna Marie Tendler, BABIES!!!, Drugs. They're A Helluva Drug, John Mulaney, Olivia Munn
SHARE
Our commenting rules: Don't be racist or bigoted, or post comments like "Who cares?", or have multiple accounts, or repost a comment that was deleted by a mod, or post NSFW pics/videos/GIFs, or go off topic when not in an Open Post, or post paparazzi/event/red carpet pics from photo agencies due to copyright infringement issues. Also, promoting adblockers, your website, or your forum is not allowed. Breaking a rule may result in your Disqus account getting permanently or temporarily banned. New commenters must go through a period of pre-moderation. And some posts may be pre-moderated so it could take a minute for your comment to appear if it's approved. If you have a question or an issue with comments, email: [email protected]
src="https://c.statcounter.com/922697/0/f674ac4a/1/"
alt="drupal analytics" >