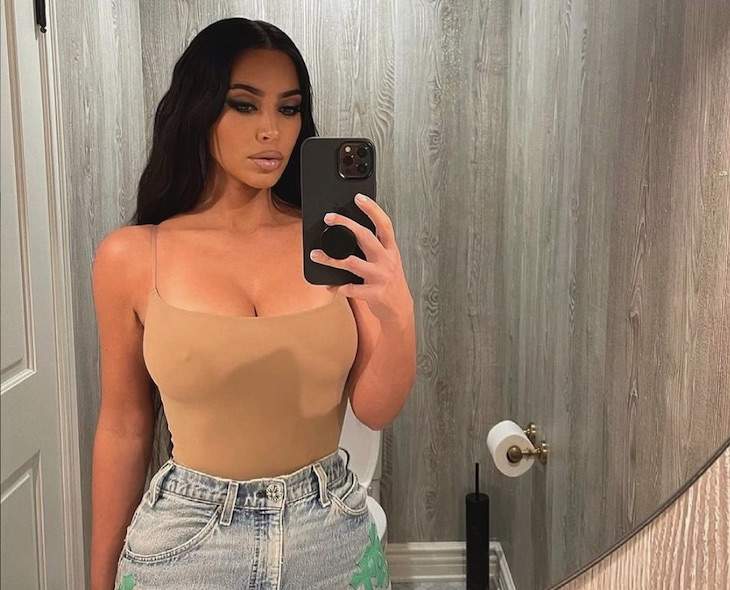 Kim Kardashian has been working hard to transition from reality TV star to lawyer, but unfortunately, becoming a lawyer isn’t the kind of thing you can accomplish by picking up the phone and saying, “Hello, 1-800-Lawyers? I’d like a law degree. My name is K-I-M-B-E-R-L-Y, and you can mail it to Calabasas. Oh, and do you take AmEx Black?“. You have to actually study and take tests to be a lawyer, and Kim has recently discovered that those tests are harder than maintaining a sexy baby voice for twenty seasons. Kim revealed in the series finale of Keeping Up With The Kardashians that she took the baby bar exam again, and she wasn’t able to pass it on her second try.

A few weeks ago during another episode of KUWTK, Kim revealed to her sisters Kourtney and Khloé Kardashian that she took the First-Year Law Students’ Examination, aka the baby bar exam, and that she scored a 474, which was 86 points lower than the 560 she needed to pass. Kim blamed her test results on raising four kids on her own, running a business during the pandemic, and getting COVID. Kim also said that the test is harder when you’re trying to cram 4 years of law school into 3 like she is. Her sisters encouraged her to take the test at the next possible time, and it sounds like Kim took their advice. Except for this time she managed to score lower, with a 463. via Page Six:

Kim Kardashian revealed that she has again failed the “baby bar” exam, during Thursday night’s Keeping Up With the Kardashians finale.

“I failed! Fuck! I failed,” the 40-year-old, who is going to law school online, told her lawyers on the phone about her second attempt at the test. “This is really annoying.” The mom of four said her score was “pretty much the same thing…[but] a little bit worse” than the first time she took it and failed.

Kim doesn’t say when she took the exam, and she doesn’t specify when she might take it again if she chooses to do that (but, she really wants to be a lawyer, so she probably will).

560 is 70%, which means we’re dealing with 800 points. A 463 works out to about 58%. So she got at least half the answers right and that’s got to count for something. I mean, this IS Kim Kardashian we’re talking about. She gets points for even taking the exam a second time. Do you know how much reading that is? Especially for a person who is so rich, she probably employs a person whose only job is to read the ingredient list on her protein bars. Not to mention that she did the full exam. There are others in her family that couldn’t say as much. A less-committed Kardashian or Jenner could easily score a perfect 0%, after opening up the exam webpage window, and immediately getting distracted by their own reflection on the computer monitor’s screen. Before you know it, time is up, and the only question they’ve answered is, “When should I get more Botox? I think tomorrow would be nice.”

Tags: Kim Kardashian, Not Again!
SHARE
Our commenting rules: Don't be racist or bigoted, or post comments like "Who cares?", or have multiple accounts, or repost a comment that was deleted by a mod, or post NSFW pics/videos/GIFs, or go off topic when not in an Open Post, or post paparazzi/event/red carpet pics from photo agencies due to copyright infringement issues. Also, promoting adblockers, your website, or your forum is not allowed. Breaking a rule may result in your Disqus account getting permanently or temporarily banned. New commenters must go through a period of pre-moderation. And some posts may be pre-moderated so it could take a minute for your comment to appear if it's approved. If you have a question or an issue with comments, email: [email protected]
src="https://c.statcounter.com/922697/0/f674ac4a/1/"
alt="drupal analytics" >