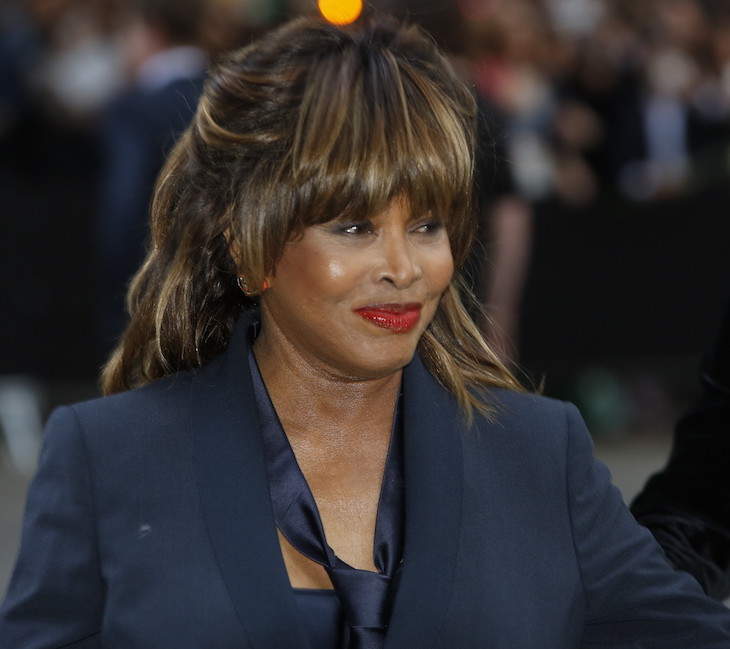 Tina Turner is 81 years old and has been performing professionally since she was 17. Lady is a legend. This is why my gob was officially smacked when it was announced Tina would be inducted into the Rock & Roll Hall of Fame. How wasn’t she in there already? They literally call her “the Queen of Rock n’ Roll”!  Now, teeechnically she was inducted as one half of Ike & Tina in 1991, but having to share the honor with your abusive ex-husband isn’t the same thing. So it’s about goddamn time.

Tina will be inducted in the Performers category this October 30 in Cleveland, along with Jay-Z, Carole King, Foo Fighters, The Go-Gos, and THEE Todd Rundgren. Dave Grohl was also inducted with Nirvana, and Carole King was previously inducted as a songwriter along with ex/writing partner Gerry Goffin in 1990. Artists like LL Cool J and Billy Preston will receive other specialty awards.

“It really represents the Hall’s ongoing commitment to honor the artists that have created not only rock & roll, but the sound of youth culture.

Nobody can sound whiter than when they’re uttering the phrase “youth culture.” John added:

“It’s very difficult to get inducted twice and we have three this year,” says Sykes. “It’s also a rare year where three of the six inductees are women: Tina, Carole and the Go-Gos. It just shows the continued power and relevance and recognition of women in music.”

Awww, John just discovered diversity and feminism! Give yourself (another) pat on the back. The Rock & Roll Hall of Fame has long been criticized for its lack of representation, so I guess they’re trying to make up for it.

The October ceremony will be broadcast and streamed on HBO Max at a later date. Last year the ceremony was a virtual event on HBO that featured mini-documentaries on the inductees. The hope is that the inductees will all perform, but Tina lives in Switzerland and hasn’t performed since her 2009 world tour:

“We’d be so proud and honored to have her attend,” says Sykes. “It just depends on how she feels and whether she wants to fly to America. It would be quite a moment if she could. I promise you, if she cannot make the trip, there will be an incredible tribute paid to her by a group of artists.”

Hopefully, Tina shows up. But, more importantly, will rock god Todd Rundgren pop by to say, “Hello, it’s Meee”? The first summer I moved to Toronto from my small town, I was sitting on a patio and the guy beside me was loudly yacking on his cell. Dude finally slapped that flip phone shut, and announced to his dining partner, “That was Todd… Todd Rundgren.” And, no joke, I remember thinking to myself, “Wow! The big city! I’ve really, truly made it.”

Tags: Dave Grohl, I Love Rock And Roll, Jay-Z, Tina Turner
SHARE
Our commenting rules: Don't be racist or bigoted, or post comments like "Who cares?", or have multiple accounts, or repost a comment that was deleted by a mod, or post NSFW pics/videos/GIFs, or go off topic when not in an Open Post, or post paparazzi/event/red carpet pics from photo agencies due to copyright infringement issues. Also, promoting adblockers, your website, or your forum is not allowed. Breaking a rule may result in your Disqus account getting permanently or temporarily banned. New commenters must go through a period of pre-moderation. And some posts may be pre-moderated so it could take a minute for your comment to appear if it's approved. If you have a question or an issue with comments, email: [email protected]
src="https://c.statcounter.com/922697/0/f674ac4a/1/"
alt="drupal analytics" >