Step Aside Philistines: Madonna Is Going To Direct The Madonna Biopic Herself 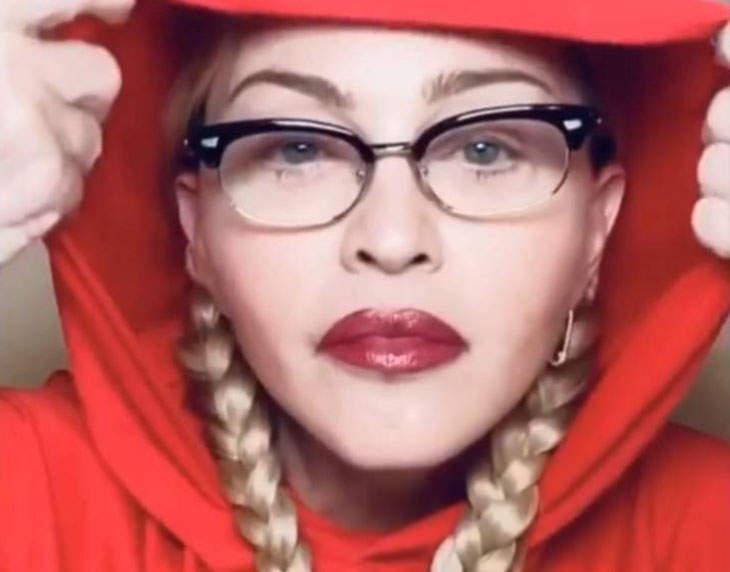 If there’s one positive thing to come out of this coronavirus pandemic, it’s that it’s given us a unique insight into Madonna’s creative process and film-making aesthetic. Madonna, whose current iteration appears to be that of “urban skate rat” meets “day-drunk eccentric auntie”(something very few can pull off, Madonna included), is ready to add yet another feather to her cap (or Kangol, stetson, snapback, Viking horns, crown of thorns, fedora—take your pick, she’s worn them all. Sometimes all at once) by becoming a Die-rector.

Yes, according to The Wrap, the upcoming Madonna biopic, co-written by Madonna (with Diablo Cody doing the actual writing and Madonna doing the rosé lubricated raconteur-ing) will also be directed by Madonna. Anyone who’s seen her Quarantine Diaries masterworks on Instagram (not to mention the unforgettable and haunting “The Great Equalizer” and the equally haunting “Fork to The Face”), already knows that Madonna will somehow manage to star in this shit as well.

According to The Wrap:

Madonna recently teased that she is writing a biopic based on her life, but the feature film has now landed at Universal, and Madonna will not just write her own story but also direct the film at the studio.

“I want to convey the incredible journey that life has taken me on as an artist, a musician, a dancer – a human being, trying to make her way in this world,” Madonna said in a statement. “The focus of this film will always be music. Music has kept me going and art has kept me alive. There are so many untold and inspiring stories and who better to tell it than me. It’s essential to share the roller coaster ride of my life with my voice and vision.”

Madonna’s all “Look, babies, you want to use Material Girl, you better let me handle the material, girl” accompanied by a very culturally uncomfortable *snap!* and roll of the neck. The film’s producers, Universal Filmed Entertainment Group, had nothing but glowing praise for the woman who actually invented not only pop music, but also hip-hop, jazz, New York City, gayness, and Catholicism, thank you very much.

“Madonna is the ultimate icon, humanitarian, artist and rebel. With her singular gift of creating art that is as accessible as it is boundary-pushing, she has shaped our culture in a way very few others have,” Donna Langley, chairman, Universal Filmed Entertainment Group, said in a statement. “It’s an incredible honor for everyone at Universal to work alongside her, Diablo, and Amy to bring audiences and dedicated fans around the world her unvarnished story for the first time.”

Oh, and bras! I forgot bras and the titties that go in ‘em. Madonna did all that and still has time to disturb the peace!

Yes, Cody, of course you have writer’s block. Because Madonna invented it! Right after she invented James Baldwin.

Tags: Diablo Cody, Madonna, To Direct
SHARE
Our commenting rules: Don't be racist or bigoted, or post comments like "Who cares?", or have multiple accounts, or repost a comment that was deleted by a mod, or post NSFW pics/videos/GIFs, or go off topic when not in an Open Post, or post paparazzi/event/red carpet pics from photo agencies due to copyright infringement issues. Also, promoting adblockers, your website, or your forum is not allowed. Breaking a rule may result in your Disqus account getting permanently or temporarily banned. New commenters must go through a period of pre-moderation. And some posts may be pre-moderated so it could take a minute for your comment to appear if it's approved. If you have a question or an issue with comments, email: [email protected]
src="https://c.statcounter.com/922697/0/f674ac4a/1/"
alt="drupal analytics" >