Iggy Azalea Has Revealed What She Named Her Son 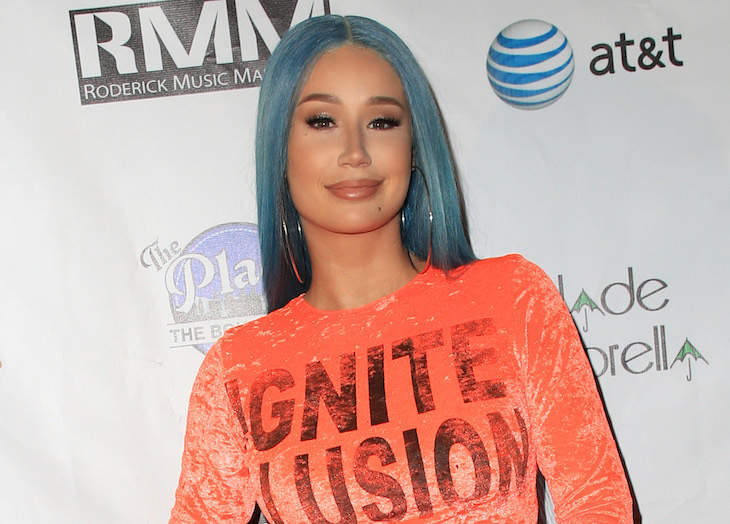 So really, this also means we can finally stop calling him Secret Son. But much like his mama, Iggy Azalea’s son is also named after a gemstone you might find set in a pendant.

When Iggy announced back in June that she had given birth to her first child, a son, she didn’t reveal any details, like when he was born, his name, or who the father is, although it’s safely assumed that the father is her boyfriend, rapper Playboi Carti. And since then, all we’ve gotten are a couple of pictures of his chubby little legs as he’s carried through the airport. The internet came up with their own theory about what Iggy and Playboi named their son, and they settled on Gilbert Carter (Playboi’s real last name) and Iggy denied it.

A fan asked Iggy Azalea why she and Playboi Carti named their newborn baby boy Gilbert in which she denies these claims and confirms that is not his name 😂 pic.twitter.com/YcGuJ8yp5I

Iggy has said that she wanted to keep her son’s life as private as possible. But maybe she was tired of hauling ass to the front door to receive a UPS package, only to find yet another 3-6 month snap-crotch baby onesie with the name GILBERT emblazoned across the front. Because Iggy casually revealed her son’s name in an Instagram video yesterday. According to Iggy, her new son’s name is Onyx. Maybe Iggy is a Strangers With Candy fan.

It was very generous of Onyx to let Iggy feature on his baby talk track like that. I hope Iggy forwarded that audio directly to T.I. with a note that read: “See? I can still find people who want to record with me, so HA.”

Iggy’s real name is Amethyst Amelia Kelly. Amethyst is a type of purple quartz, and is the gemstone for February. Onyx is a type of quartz that is most often seen in black or a mix of black and white. Playboi’s real name is Jordan, which isn’t a type of quartz. But Jordan is a place where amethyst is mined, but not onyx. Jordan is also a type of almond that is covered in a delicious candy coating, and those sometimes look like gemstones? Look, I’m working with what I got here.

Tags: Baby Names, Iggy Azalea
SHARE
Our commenting rules: Don't be racist or bigoted, or get into long-ass fights, or go way off topic when not in an Open Post. Also, promoting adblockers is not allowed. And some comment threads will be pre-moderated, so it may take a second for your comment to show up if it's approved.
src="https://c.statcounter.com/922697/0/f674ac4a/1/"
alt="drupal analytics" >