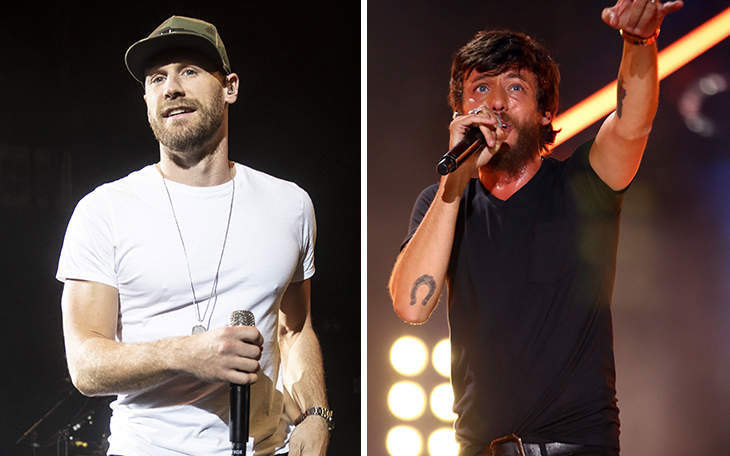 As you may be aware, we have been in the middle of a global pandemic for months now. But some people have really been out here pretending that nothing is wrong. America, in particular, has been one of the few countries where numbers of infections and deaths just keep rising. It might have something to do with Floridians vehemently protesting wearing protective face masks and geniuses like Gia Gunn thinking coronavirus is a full-on hoax. More help has come from country stars, Chase Rice and Chris Janson, who put on mask-free, social-distancing-free concerts. They got called out by Maren Morris and Kelsea Ballerini and Chris was so offended that he blocked Maren. Gotta love a man who takes more precautions to avoid some country star’s tweets than he does to avoid disease!

In 2017, Maren and Chris toured together, opening for Sam Hunt. So it was a bit awks when Maren realized Chris blocked her. But she also knew why. Chris and Chase were trending on Twitter after they put on shows in Idaho and Tennessee respectively for crowds. Chase’s Tennessee show reportedly had a crowd of over a thousand people, and Chris performed for around 2,800 people in Idaho. And as the videos show, nobody really gave one fuck about wearing a mask or social distancing. Not pictured: COVID-19 partying and dancing harder over infecting all these messes.

Oh look, Chris Janson also doesn’t care about the health of his fans! I used to work for his management company but they laid me off in April so now I can come right out and say that this is reprehensible, yay! pic.twitter.com/5LFeTpeYRk

Chase Rice just played a concert to an enormous crowd of unmasked fans here in Tennessee. For once, I am at a loss for words. pic.twitter.com/wB47u1EaFd

Chris’ show was held at the Brushy Mountain State Penitentiary. Yup, it is a former prison which now gives tours, and has food, a distillery, and a concert stage. Who doesn’t want to listen to some music next to the ghost of an inmate who violently died at the whipping post still on-site? Brushy Mountain told Entertainment Tonight Canada they took “numerous precautions” and “all local requirements were abided.”

“We drastically reduced our maximum venue capacity of 10,000 to 4,000 maximum capacity (lower than the state’s advisement of 50%) with less than 1,000 in attendance Saturday night providing ample space in the outdoor lawn area for fans to spread out to their own comfort level. All guests were given temperature checks prior to entering the venue and free hand-sanitizer was provided to everyone at entry. All vendors and staff were advised to wear masks and gloves when interacting with guests, and bandanas were available for purchase on-site. We were unable to further enforce the physical distancing recommended in the signage posted across the property and are looking into future alternative scenarios that further protect the attendees, artists and their crews and our employees. We are reevaluating the series from the top to bottom–from implementing further safety measures, to adding stanchions, to converting the space to drive-in style concerts, to postponing shows.”

Maren obviously felt some type of way about this, and she retweeted the band The Mountain Goats who criticized the coronavirus concerts:

Maren soon realized that her former tourmate had full-on blocked her because of her side-commentary:

ummmmmm what did I DO?! 😂😂😂 pic.twitter.com/zpsd8fGMEt

Kelsea Ballerini also dragged Chase for his concert, tagging him because she’s not scared:

Imagine being selfish enough to put thousands of people’s health at risk, not to mention the potential ripple effect, and play a NORMAL country concert right now. @ChaseRiceMusic, We all want (and need) to tour. We just care about our fans and their families enough to wait. 🤷🏼‍♀️ https://t.co/eJaLnGu28k

Clearly these people are just selfless! Like Sammy Hagar before them, they are willing to sacrifice themselves in exchange for maintaining the economy. These people will die so that Chase and Chris can stay rich!!! They’re dying in the name of the careers of illustrious country stars like that guy who opened for Sam Hunt three years ago and that guy who was on The Bachelor last year. An honorable sacrifice!

Tags: Chase Rice, Chris Janson, Coronavirus, Covid-19, Kelsea Ballerini, Maren Morris
SHARE
Our commenting rules: Don't be racist or bigoted, or post comments like "Who cares?", or have multiple accounts, or repost a comment that was deleted by a mod, or post NSFW pics/videos/GIFs, or go off topic when not in an Open Post, or post paparazzi/event/red carpet pics from photo agencies due to copyright infringement issues. Also, promoting adblockers, your website, or your forum is not allowed. Breaking a rule may result in your Disqus account getting permanently or temporarily banned. New commenters must go through a period of pre-moderation. And some posts may be pre-moderated so it could take a minute for your comment to appear if it's approved. If you have a question or an issue with comments, email: [email protected]
src="https://c.statcounter.com/922697/0/f674ac4a/1/"
alt="drupal analytics" >