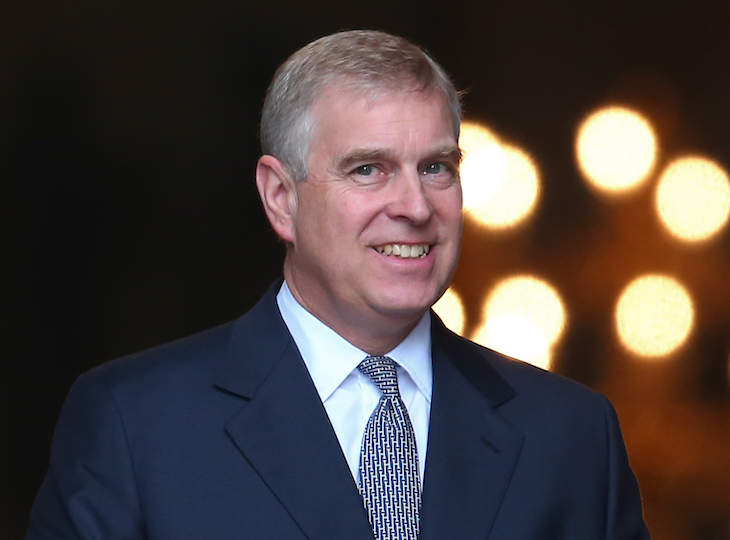 If America’s Most Wanted was still a TV show that aired, an entire episode could probably be dedicated to the FBI’s quest to capture a moment of Prince Andrew’s time to talk about his deceased friend Jeffrey Epstein. The FBI has let it be known multiple times that they really want to talk to Andrew, and Andrew appeared to be doing everything in his power to make sure that didn’t happen. Yesterday we learned that federal prosecutors allegedly proved they’re done fucking around by reportedly issuing a Mutual Legal Assistance Treaty, which is basically a intercontinental subpoena. But according to Prince Andrew’s lawyers, it’s not like the FBI had to get so dramatic, because Andrew has been more than cooperative.

The reported issuing of an MLAT made it sound like a terrified Andrew had disconnected all the telephones in Buckingham Palace and texted Princess Bea, asking if she wants a job answering his cellphone and pretending to be a wrong number. BBC News says that Andy’s legal council responded to the MLAT news yesterday by tut-tutting the very heavily implication that Prince Andrew is scared to talk. Andrew’s lawyers claim that he has offered to be interviewed on, “at least three occasions.” His lawyers also accused the US Department of Justice of “seeking publicity,” rather than seeking justice. Seeking publicity? Says the guy who made sure there was a photographer present to capture the sweet, not-staged moment he escorted his elderly mum to church.

This isn’t the first time Team Andrew has gone the extra mile to make the public believe he’s been cooperating with the authorities. First it was that Andrew was open to speaking to the FBI. Then we learned that Andrew wasn’t dodging the FBI’s calls because they simply haven’t called. The FBI’s side of things was that they’ve tried and they’ve tried, but they’ve had zero luck getting him to agree to an interview. The US Attorney for the Southern District of New York, Geoffrey Berman, who is kind of like the US Marshal Samuel Gerard to Andrew’s Richard Kimble, responded to the latest allegation by Andrew’s lawyers. Geoffrey says it’s a lie that Andrew has been cooperating.

“[Prince Andrew] has yet again sought to falsely portray himself to the public as eager and willing to co-operate. [Andrew] has not given an interview to federal authorities, has repeatedly declined our request to schedule such an interview, and nearly four months ago informed us unequivocally – through the very same counsel who issued today’s release – that he would not come in for such an interview. If Prince Andrew is, in fact, serious about co-operating with the ongoing federal investigation, our doors remain open, and we await word of when we should expect him.”

“Um, how about never?” hissed a sweaty Andrew, as he tossed his leather-bound HRH day planner into one of Buckingham Palace’s many fireplaces. At least that’s how I assume he responded. Maybe he didn’t toss the planner, as much as he whipped it full-force.

A source spoke to BBC News in response to Geoffrey Berman’s implication that Andrew is stalling, lying, or both. That source has come back with their own accusation that Geoffrey is bumbling this investigation by blabbing so much about Andrew.

“This is the third time Berman has breached his own confidentiality rules, further diminishing our trust in the Department of Justice’s willingness to play a straight bat. It’s frankly bewildering.”

What’s bewildering is that Andrew can’t seem to find the time to sit down and talk to the FBI. After all, it’s not like he’s got anything else going on at the moment. But it probably has to do with the fact that Andrew allegedly believes that Geoffrey Berman is just out to make him look like a rich and famous creep. via The Sun:

Sources have reportedly claimed the Duke of York will not get behind the investigation as he believes US attorney Geoffrey Berman wants to “make an example of him.” His team reportedly fear the lawyer wants to turn him into a “scapegoat” for the failures of the case – and sources said its now “impossible” for him to cooperate.

So basically, Andrew is afraid that if he does sit down and talk, everything that comes out of his mouth will inevitably make him sound like a guilty, gross pervert, and his reputation would be forever ruined in the eyes of the public. Um, can someone at Buckingham Palace break the news to Andrew that he already successfully did that to himself?

Tags: FBI, Jeffrey Epstein, Prince Andrew, Royal Drama
SHARE
Our commenting rules: Don't be racist or bigoted, or get into long-ass fights, or go way off topic when not in an Open Post. Also, promoting adblockers is not allowed. And some comment threads will be pre-moderated, so it may take a second for your comment to show up if it's approved.
src="https://c.statcounter.com/922697/0/f674ac4a/1/"
alt="drupal analytics" >