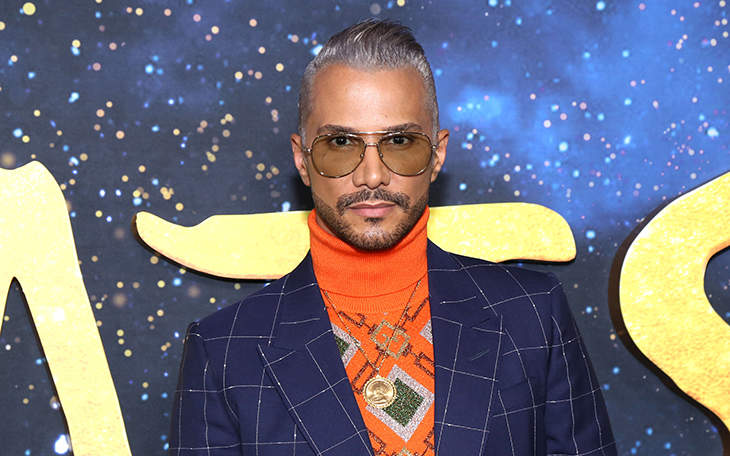 Jay Manuel really lucked out. The former America’s Next Top Model photoshoot-director has a new fictional book coming out called The Wig, The Bitch, And The Meltdown (which sounds more like a Wendy Williams memoir, but okay). It’s about a fictional modeling show called Model Muse which is hosted by a supermodel named Keisha Kash. I’m surprised the fictional modeling show isn’t called The Nation’s Upcoming Big Model, hosted by Myra Tanks. But it’s beneficial for Jay’s book that Tyra Banks‘ antics on the show have been getting a shit-ton of scrutiny recently. Well Jay has come to tell you that it was a mess. He talked with Variety about some of the messy moments in his ANTM career and about that time Tyra swapped people’s ethnicities and he was like, “Please don’t.”

Jay says that everyone can enjoy the book, but ANTM fans will notice various “Easter eggs” which will make us guess what’s real and isn’t. I’m gonna guess it’s all real.

👆🏽My new #novel THE WIG, THE BITCH & THE MELTDOWN will help you escape #quarantine life & #LOL ! Pre-order today on JayManuel.com 😜📖 #TheMeltdown #JayManuelNovel

Jay was on ANTM for 18 cycles before leaving the show. The gossip at the time was that Jay had been fired, but he swore that wasn’t the case. Jay said it was “100% my decision” to leave the show, apparently only asking for a two-year renewal of his contract. Afterward, Jay still couldn’t talk about the circumstances of leaving due to contractual things. How nice of Tyra to let people go on thinking Jay got canned from her show.

But Jay had no hard feelings. He still thinks that Tyra was a “pioneer.”

“Tyra is a pioneer in many respects and I have nothing but respect for her in everything that she’s accomplished in business. The fashion industry is a difficult industry.”

Jay said that she was just trying to prepare the contestants for what she was shocked to experience in the modeling world:

“I think what she was trying to do was give the girls a taste of tough love of what they had to experience. When she stepped into the industry, no one prepared her for a lot of the initial backlash that she got as a young, black model trying to make it. It was very difficult for her, and so I really respect that part of her journey and for wanting to communicate that to the girls.”

Yeah you gap-toothed bitch, Tyra was just toughening you up for real life! There was one time Jay was like, “Um, lets pause,” and it was over the race-swapping shoot.

“I do remember, and it was very uncomfortable for me, in Cycle 4, it was a photoshoot where the girls had to swap races. I was so, so, so uncomfortable with this. I was never scripted for my intros or anything, and I didn’t know how I was going to be able to set this up–I was so afraid that I would wear this because I was the creative director, but it was not my idea. That swapped race was a layer added in. It was supposed to be a different concept. I remember that very, very clearly. I was basically told that I had to execute the creative, and it made me very uncomfortable.”

Jay blamed a lot of the insane bullshit on ratings, explaining that as the show grew in popularity, balancing what sponsors wanted, upping the ratings, and what felt right creatively was a mess. What do you mean you weren’t creatively fulfilled getting a girl in blackface? Some people love it! Megyn Kelly calls it Halloween.

Tags: ANTM Crap, Jay Manuel, Tyra Banks
SHARE
Our commenting rules: Don't be racist or bigoted, or get into long-ass fights, or go way off topic when not in an Open Post. Also, promoting adblockers is not allowed. And some comment threads will be pre-moderated, so it may take a second for your comment to show up if it's approved.
src="https://c.statcounter.com/922697/0/f674ac4a/1/"
alt="drupal analytics" >