Open Post: Hosted By The Lonely Eels You Can FaceTime With 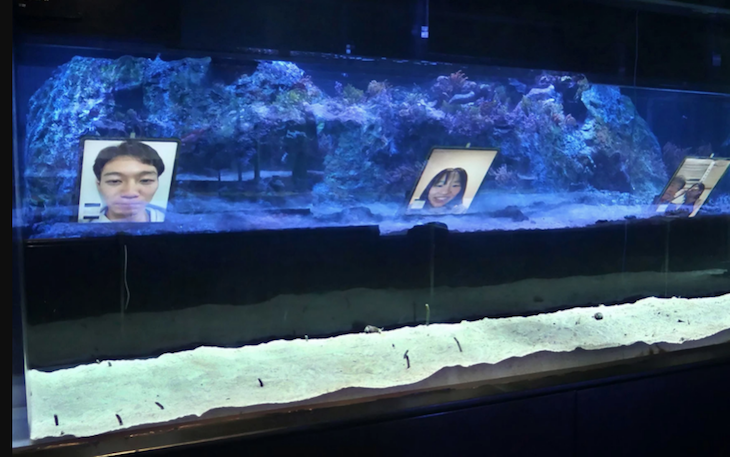 With all of the hurt and devastation being felt around the world right now, it is easy to forget about how these troubling times are being felt by some of God’s simpler creatures. No, not Paris Hilton! I’m talking about eels! One aquarium in Japan has actually been taking notice of its resident eels and noticing that, because of the coronavirus and its effect on audience attendance, the poor things are beginning to forget that humans exist. I mean, would that be the worst thing ever?

Having been closed since early March, the Sumida Aquarium in Tokyo is pleading with people to call in and video-chat with eels, who are actually starting to take notice of the overwhelming absence of people. That aquarium’s remaining staff members will field the calls and then place tablet screens around the eel enclosure to remind them about us people. via Yahoo!

In a bid to reacquaint the eels with humans, the aquarium is setting up five tablets facing the tank housing the delicate creatures, with eel enthusiasts asked to connect through iPhones or iPads via the FaceTime app.

Once the video calls start, people are supposed to show their faces, wave and talk to the eels. But given the tender nature of the animals, callers are asked not to shout.

The “face-showing festival” is scheduled for May 3-5, at the height of Japan’s Golden Week holiday period, when many people usually travel. This Golden Week however, people have been asked to stay at home while the country remains under a state of emergency over the coronavirus.

The aquarium’s plea has attracted plenty of support, under the Japanese hashtag #PleaseRememberHumans.

Apparently, this specific garden eel type has a very sensitive nature, and the aquarium’s lot are beginning to get spooked whenever someone walks by their tank.

“Garden eels, in particular, disappear into the sand and hide every time the keepers pass by,” the aquarium reports.

So, any good samaritans out there interested in FaceTimeing with some lonely, slippery snakes, feel free to call in. The aquarium has also asked that, in addition to showing face, virtual visitors also wave and chat with the eels, but don’t yell at their asses! Calls will last a maximum of 5 minutes each. via Lifehacker

Keepers are setting up five screens surrounding the eel tank, so you can call in to any of these five accounts:

Isn’t that sweet? Eels are lonely and looking for companionship. I’ve been ghosted 8 times this week by some of my Tinder matches, but at least EELS are thinking about me!

Tags: Awwwww, Coronavirus, Covid-19, Fishy, Open Post
SHARE
Our commenting rules: Don't be racist or bigoted, or get into long-ass fights, or go way off topic when not in an Open Post. Also, promoting adblockers is not allowed. And some comment threads will be pre-moderated, so it may take a second for your comment to show up if it's approved.
src="https://c.statcounter.com/922697/0/f674ac4a/1/"
alt="drupal analytics" >