Open Post: Hosted By Drake Showing Off His Lonely Mansion In The Music Video For “Toosie Slide” 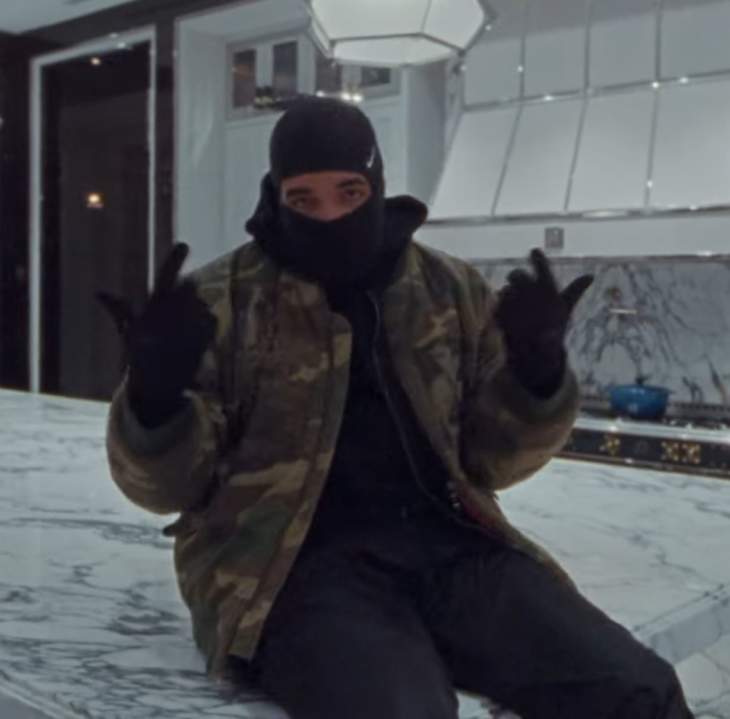 Oprah donated $10 million dollars towards COVID-19 relief efforts, only to be outdone by Jeff Bezos (numerically if not proportionately), who in turn, has been bested by Drake. Although Drake’s contribution isn’t monetary, the spiritual uplift to be gained from his new music video for Toosie Slide, which features Drake shuffling around in his marble palace before going poolside (the outdoor one) to shoot off some fireworks, signaling to Toronto, and the world, that he’s the richest boy in the world, is worth its weight in life-saving ventilators or a head-start on a vaccine. Who needs to be able to breathe or eat when you could be worshiping capitalism and fame!

Without ever having seen it, we all knew deep in our bones that Drake lived in a soulless temple to the God Cloutus. And yet, somehow, it’s tackier and sadder than I ever could have imagined. According to Metro UK:

Drake has blessed us with a new song, Tootsie Slide, to help us get through coronavirus quarantine a little easier. And, not only that, but the 33-year-old has dropped a topical music video for the track, filmed in his swanky home – proving he’s taking self-isolation seriously.

The clip begins with an eerie look at the empty streets in Toronto, as people stay home amid the lockdown.

We’re then introduced to Drizzy, taking absolutely no chances as he covers up with a black mask and gloves while Tootsie Sliding us through a tour through his swish house.

I think what they meant to say was “We’re then introduced to a lonely man, who lives in a deserted Louis Vuitton showroom, doing a lazy jig while escorting the viewer through the sad chambers of his mind that are filled with shiny objects he’s accumulated in a effort to avoid any meaningful human connections. Drake wears a mask and gloves not because of a virus, but as a symbol of his emotional unavailability.” Anyway, here’s the latest TikTok dance craze that’s sweeping the nation!

Why did I keep waiting for some splastick shit to happen? Like Drake accidentally backs into one of his trophy display cases, then slips on a discarded condom on the marble floor (not his obviously, but one belonging to that homie he pays to sit on his couch) and falls into the grand piano, causing the lid to slam shut, which scares Drake who clutches his chest and utters a high-pitched scream before one of the fireworks goes haywire and blasts through one of his windows and the entire compound goes up in flames. Oh well, I’ll leave you with this.

Tags: Clout Chasers, Drake, Fortress Of Solitude, Open Post
SHARE
Our commenting rules: Don't be racist or bigoted, or get into long-ass fights, or go way off topic when not in an Open Post. Also, promoting adblockers is not allowed. And some comment threads will be pre-moderated, so it may take a second for your comment to show up if it's approved.
src="https://c.statcounter.com/922697/0/f674ac4a/1/"
alt="drupal analytics" >