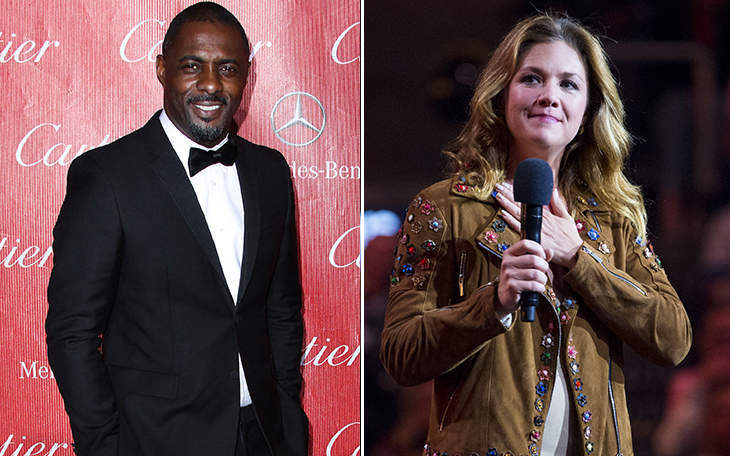 Now when I said that everyone involved in Cats should be punished, I did not mean for God to give Idris Elba coronavirus! Idris gave us an update on his condition on a livestream and he sort of hinted that he contracted COVID-19 from Canada’s own First Lady, Sophie Trudeau.

Sophie Trudeau, wife of Justin Trudeau, tested positive for coronavirus on March 12, about a week after she attended WE Day in the UK on March 4. Idris was also there. He later revealed he had tested positive for coronavirus on March 16. Idris hopped on Periscope to update us on his condition, calling it a “mad 24 hours” and said he hopes him getting coronavirus “opened up a lot of conversation.” Idris said he’s been reading a lot about COVID and calls himself “asymptomatic” because he still does not have any symptoms. He shat on the talk that black people can’t get coronavirus since he’s proof that black people can and have gotten it. He also talked about the origin of his viral infection, and people have put two and two together. via Page Six:

“I know I’ve been exposed to it from March 4,” the 47-year-old “Luther” star said — the same date he was photographed with Sophie Grégoire Trudeau, 44, at a packed charity event in London, alongside F1 star Lewis Hamilton.

“That’s when the person that came up positive, that was the time I got in contact with that person,” he said in a video update, again stressing that his “known exposure was March 4.”

Without naming the person, he revealed that he got tested after hearing about someone “also in the public eye” being infected.

He said he found out about it Friday — the morning he would have woken up to hear that Canada’s first lady had tested positive.

Many have pointed out the fact that rich types are getting tested when they have no symptoms (like Kris Jenner) but peasants who do have symptoms can’t get tested. Tests are only for the rich and famous, durh! Idris claimed in the video he was going to talk about that, but it doesn’t seem like he really addressed it.  But he did get into the “backlash” he got for having his wife Sabrina Dhowre by his side, even though she doesn’t have symptoms. Idris said that she’s managed to get a test and is awaiting her results, and that she wanted to be by his side in quarantine.

Idris has asthma, so he’s actually in the at-risk group for people who contract the virus. And lord, if we run out of ventilators and Idris needs one, then the streets will be filled with thirsty bitches breaking the rules and running through the streets to get to Idris and give him mouth-to-mouth. Actually, I’m surprised people aren’t doing that anyway.

Tags: Coronavirus, Idris Elba, Justin Trudeau, Sophie Trudeau
SHARE
Our commenting rules: Don't be racist or bigoted, or get into long-ass fights, or go way off topic when not in an Open Post. Also, promoting adblockers is not allowed. And some comment threads will be pre-moderated, so it may take a second for your comment to show up if it's approved.
src="https://c.statcounter.com/922697/0/f674ac4a/1/"
alt="drupal analytics" >