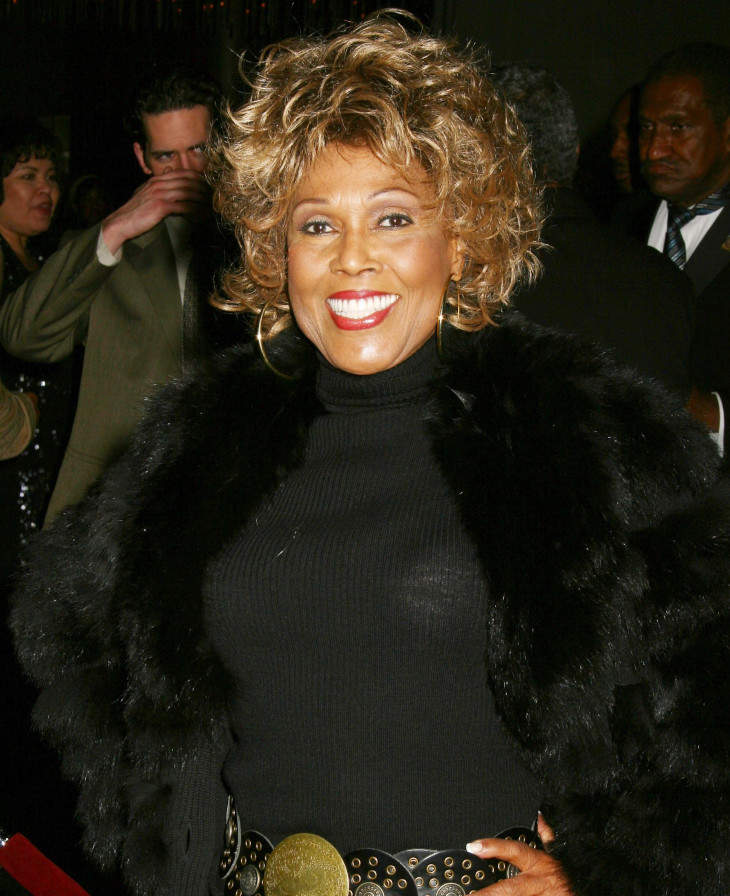 Leave it to Ja’Net DuBois to, even after her death, still manage to burst through the front door with some juicy gossip to share. And because you’d be hard pressed to find a classier lady walking in your front door with gossip, it’s about herself. Ja’Net, who played Willona Woods on Good Times (and co-wrote and sang the theme song for The Jeffersons) died from cardiac arrest last month. Details of her death certificate have just been made public. According to TMZ, Ja’Net’s biological father is listed as Cab Calloway. Yes, THE Cab Calloway. And apparently, this was news to everyone except her closest family. Makes sense to me. Just like Cab, no one was ever catching Ja’Net outside of the house not looking perfectly coiffed, fitted and smooth as hell. I guess they didn’t call Cab “the king of Hi-De-Ho” for nothing!

… Ja’Net’s death certificate was released this week by L.A. County. The document, obtained by TMZ, lists her father as Cab — and says she was also known as Jeannette T. Calloway-DuBois.

However, before anyone starts rewriting history … there’s a dispute. Every online bio for Ja’Net lists her dad was Gordon Dubois and her mother was Lillian Gouedy. Her mom’s name is the same on the death certificate, but Mr. Dubois is nowhere on the document.

Ja’Net’s daughter provided the info for the death certificate, and when we asked her to clarify, she would only say Gordon was married to Lillian and “instrumental” in raising Ja’Net. Basically, a stepfather.

Cab was born in 1907 and died in 1994. Ja’Net’s birth certificate says she was born in 1932 (The internet says she was born in 1945) meaning Cab would have been 25 at the time of her birth. According to Wikipedia, Cab was married to his first wife Wenonah “Betty” Conacher from 1927 through 1948 when they divorced (Cab already had a daughter, Camay Colloway, from a previous relationship). Wikipedia and other sources say the couple adopted a daughter named Constance, but I can’t find any further reference for her. Oxford University Press only had this to say about that marriage:

His position as the self-described “dashing, handsome, popular, talented M.C. at one of the hippest clubs on the South Side” (Calloway, 61) did little to help his already fitful attendance at Crane (the college he was attending), but it introduced him to many beautiful, glamorous, and rich women. He married one of the wealthiest of them, Wenonah “Betty” Conacher, in July 1928. Although he later described the marriage as a mistake, at the time he greatly enjoyed the “damned comfortable life” that came with his fame, her money, and the small house that they shared with a South Side madam.

Cab later married Zulme “Nuffie” MacNeal in 1949 and the couple had three more daughters (one of them, jazz singer Chris Calloway, was born in 1945 so…). Cab’s estate responded to the news that Ja’Net may be a long lost sister with a raised eyebrow, but a willingness to look at further proof.

Now, Cab died in 1994, but his estate has no clue about the alleged connection. The estate tells TMZ .. “While we have a great appreciation for Ja’Net DuBois’ long and successful career, the Calloway Estate has nothing to add to this single document that has numerous mistakes and no verification.”

For instance, the estate points out there are multiple birthplaces and birth dates listed online for Ja’Net. We’re told they’d be open to a conversation with her family if there were any “compelling facts to substantiate” their claim.

I can’t imagine not wanting to claim Ja’Net as one of their own, but it pays to be careful. Nobody wants to get caught out by one of these moochers we’ve got running around these days. Who knows, from what I’ve read, there might be more than a few surprise Cab babies, grandbabies and great-grandbabies out there just waiting to slide into the spotlight.

Tags: Cab Calloway, Ja'net DuBois, Secret Love Child
SHARE
Our commenting rules: Don't be racist or bigoted, or get into long-ass fights, or go way off topic when not in an Open Post. Also, promoting adblockers is not allowed. And some comment threads will be pre-moderated, so it may take a second for your comment to show up if it's approved.
src="https://c.statcounter.com/922697/0/f674ac4a/1/"
alt="drupal analytics" >