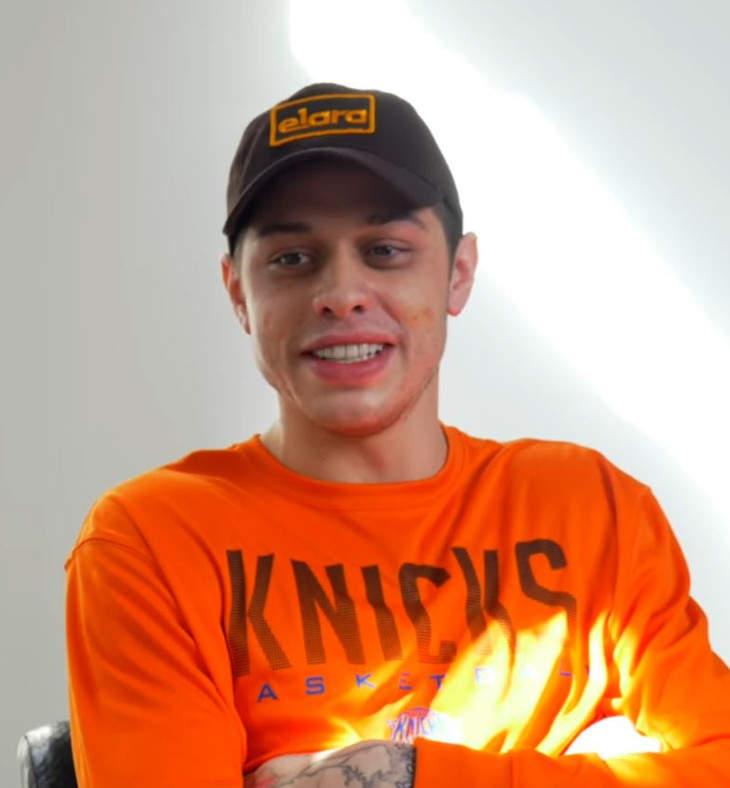 According to People, Pete Davidson is ready to move on from traumatizing Cindy Crawford and Rande Gerber’s child, to wanting to traumatize one of his own. In a recent interview with Charlamagne Tha God, Pete said that he’s ready to have a kid and he’s considered adopting one with his mom. And to think I made fun of Jeremy Irons for suggesting fathers might marry their own sons for tax purposes! Pete wanting to have a baby with his own mother is way crazier.

Pete has previously given us the TMI creeps in regards to his mom, who he lives with, by trying to pimp her out saying “someone should slam her,” now he’s talking about putting a baby in her (arms) himself.

“I’m at the point where I’m like, ‘Maybe I should adopt.’ Me and my mom or something, just adopt,” he said, jokingly adding, “I think everybody is afraid of the Davidson seed.”

Apparently, being a dad is all he’s ever wanted to do. This desire is somehow tied to losing his own dad at a young age.

“I love love. That’s how I grew up,” said Davidson, whose father, a New York City firefighter, died in the Sept. 11 terrorist attacks when the comedian was just 7 years old. “Just my mom, my sister — I didn’t have a man around the house, so I was just like, ‘When am I going to find my Princess Charming?’ That’s all I’ve ever wanted.”

In case you’re worried about Pete’s maturity level, his struggles with his mental health, or his issues with addiction, don’t be. Pete’s got it all figured out.

Davidson, who struggles with mental illness, said that having a child “would keep me around, keep my head up.”

I was going to suggest a goldfish for that, but sure, a living breathing human child will also do in a pinch. And if Pete gets a baby, he can get a new face tattoo which is the best reason to have a child in many people’s opinion. Otherwise you’re stuck with some ridiculous tattoo of a pig you never see anymore. Pete also talked a bit about his breakup with Kaia Gerber.

“We were dating for a few months. She’s very young, and I’m fucking going through a lot and it was before I went to rehab,” he said. “It’s just like, she should be having fun. She shouldn’t have to worry about some dude that just has issues and shit. She should be enjoying her work. It just wasn’t the right place or the right time at all.”

You know who else is very young? A fucking baby! Babies are notoriously young and also shouldn’t have to worry about some dude that has “issues and shit.” Here’s the interview, I made it through about 15 minutes. Frankly, I’m surprised Pete’s mom hasn’t decided to put him up for adoption.

Tags: An Adoption Story, Kaia Gerber, Pete Davidson
SHARE
Our commenting rules: Don't be racist or bigoted, or get into long-ass fights, or go way off topic when not in an Open Post. Also, promoting adblockers is not allowed. And some comment threads will be pre-moderated, so it may take a second for your comment to show up if it's approved.
src="https://c.statcounter.com/922697/0/f674ac4a/1/"
alt="drupal analytics" >