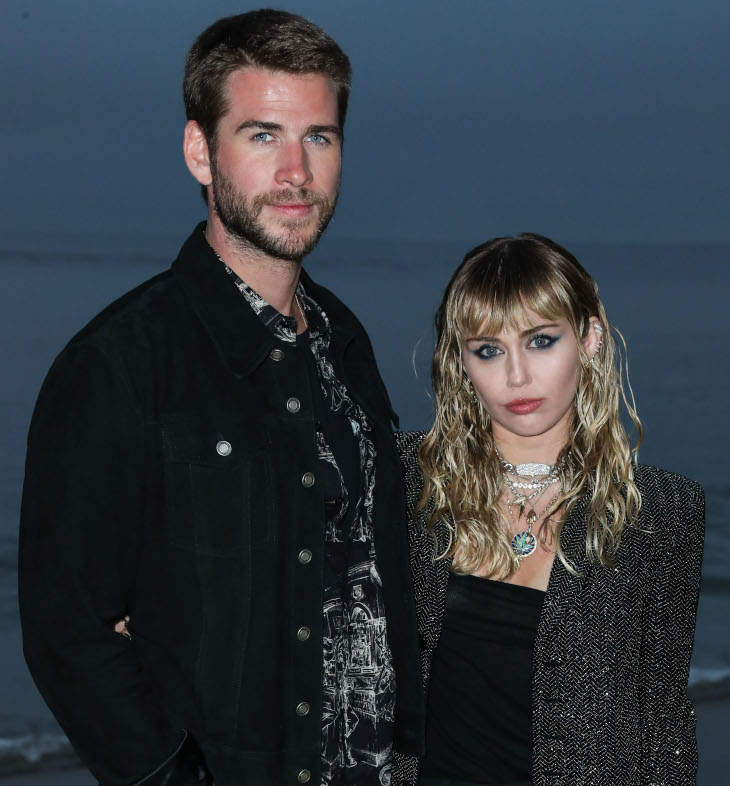 The judge presiding over Miley Cyrus and Liam Hemsworth’s divorce must have it out for Miley because they’ve set the official date on which their divorce will be finalized as February, 22, 2020 instead of April, 20, 2020 as I’m sure Miley insisted. Now she has to remember an entirely new date where previously she only had to remember 4/20, 9/11, and possibly her own birthday. I can’t believe Miley sacrificed getting invited to the Grammys to be disrespected in this manner. It’s an outrage.

TMZ reports that Miley and Liam’s divorce was all but signed, sealed, and delivered in December of last year. However, the judge postponed the official date for unknown reasons. Let’s just call it revenge for bringing Cody Simpson to our attention. Still, it’s a pretty quick turnaround considering Liam officially filed in August 2019.

According to new legal docs obtained by TMZ, a judge has already put their John Hancock on the former couple’s divorce settlement.

TMZ broke the story … Miley and Liam worked out all the details of their divorce back in December, and their lawyers — disso queen Laura Wasser repping Liam and Judith R. Forman repping Miley — quietly worked through stumbling blocks to submit the paperwork to the judge.

It’s a pretty quick divorce … Miley and Liam have no kids, she’s keeping their pets and our sources say there’s a prenup, which makes dividing property a helluva lot easier.

Since we haven’t had an update on Miley’s relationship status since last week, and her sister Noah Cyrus has gotten some attention in her own right, I fully expect the finalization of Miley and Liam’s divorce and her newfound status as gay divorcee to usher in a new era of Miley: Unleashed. Miley.420 has a sickening new haircut and a blatant disregard for conventional morals. You know, like Miley before the divorce, but even more extra.

Tags: Cody Simpson, Divorce, Liam Hemsworth, Miley Cyrus
SHARE
Our commenting rules: Don't be racist or bigoted, or get into long-ass fights, or go way off topic when not in an Open Post. Also, promoting adblockers is not allowed. And some comment threads will be pre-moderated, so it may take a second for your comment to show up if it's approved.
src="https://c.statcounter.com/922697/0/f674ac4a/1/"
alt="drupal analytics" >