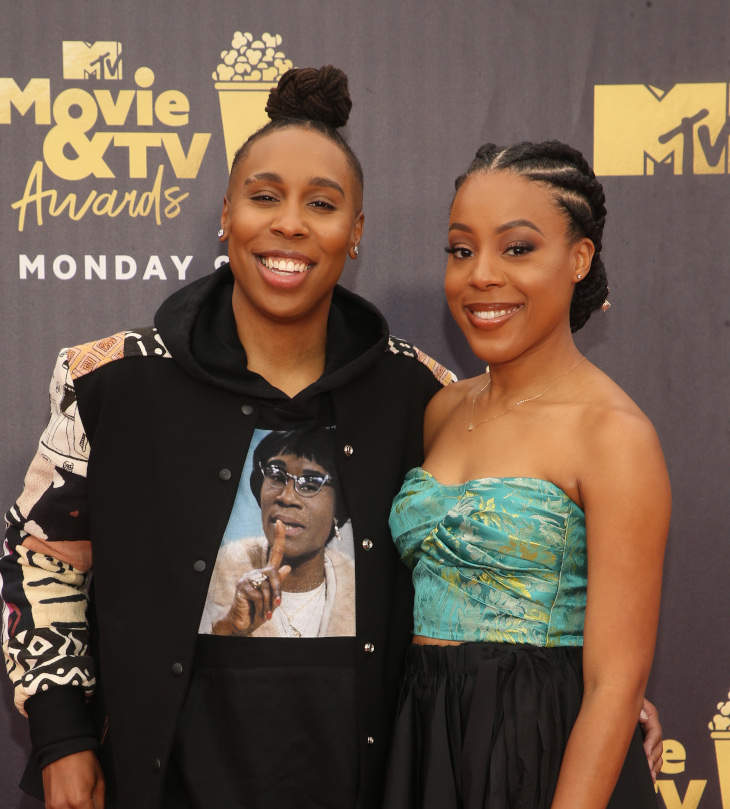 Just two months ago, Lena Waithe (actor, writer, and producer) and her girlfriend Alana Mayo (producer and former VP at Paramount) announced that they had secretly gotten married on a whim when they were driving by San Francisco City Hall. Cut to Wednesday and Lena and Alana are releasing a joint statement announcing their impending divorce. I was not aware that lesbians and U-haul jokes worked in reverse! According to Bossip, rumors are now swirling that the quickie marriage and subsequent quickie dis-marriage were due to “multiple instances of Lena’s infidelity.” And there are also rumors that Lena yelled “To freedom!” as she dove on top of Harriet Tubman herself, Cynthia Erivo.

“After careful thought and consideration, we have decided to part ways,” a joint statement from their reps read. “We have nothing but support for one another and ask that you respect our privacy during this time.”

Lena and Alano got engaged back in 2017, and Bossip reports that their sudden urge to make it official was possibly a hail Mary to save their relationship. Because that always, always works. Either that or a baby, both if you really want to live happily ever after with an alleged serial cheater.

Rumors are now swirling that the Queen & Slim writer was unfaithful.

LoveBScott reports that Alana and Lena’s quickie wedding was actually to “salvage” their relationship after “multiple instances of Lena’s infidelity.”

A source adds that even after their wedding, Lena’s alleged cheating continued.

“Even after they married, Lena was still buying designer gifts — Chanel, Gucci — for other women.”

Meanwhile, sources are saying that Lena’s already moved on with another woman; “Harriet” actress Cynthia Erivo.

Which means, it’s open season for internet detectives to sift through Cynthia and Lena’s Instagram pages looking for a trail of rice crumbs.

Me and @lenawaithe I finally found my sis. Lena you are absolutely everything. You are perfection. What a meeting of minds, glad to have you in my life! Stuck like glue !!! SHINE QUEEN SHINE!!

Other internet detectives looked for other clues to support the claims that Lena was unfaithful. The most notable theory is that her perpetual fuckboi squint gave her away.

And here I thought she was holding John Boyega’s hand!

Tags: Alana Mayo, Cynthia Erivo, Lena Waithe, Rumorz
SHARE
Our commenting rules: Don't be racist or bigoted, or get into long-ass fights, or go way off topic when not in an Open Post. Also, promoting adblockers is not allowed. And some comment threads will be pre-moderated, so it may take a second for your comment to show up if it's approved.
src="https://c.statcounter.com/922697/0/f674ac4a/1/"
alt="drupal analytics" >