Oprah Is No Longer Executive-Producing The Russell Simmons Documentary 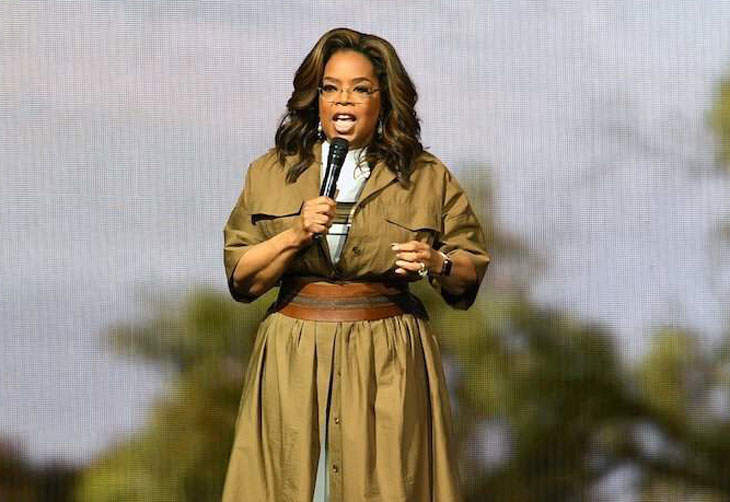 Even Oprah is susceptible to cancel culture! Oprah Winfrey was executive-producing a #MeToo documentary about hip-hop icon and alleged rapist Russell Simmons. That was until fellow celebrities like 50 Cent and The Game publicly accused her of only targeting men of color when it came to focusing on #MeToo creeps. TMZ reports that Oprah has now suddenly excused herself from the project.

On Friday, Oprah released a statement announcing that she was stepping down as executive producer of the unnamed documentary about a music executive accusing Russell Simmons of sexual harassment. She still supports his accusers, though. Multiple women have publicly accused Simmons of rape and sexual harassment.

Oprah says, “I have decided that I will no longer be executive producer on The Untitled Kirby Dick and Amy Ziering Documentary and it will not air on Apple TV+.”

Yeah, she’s also no longer using her considerable power to getting it shown on Apple TV. This is a shame because the only other show on Apple TV is that one with the interchangeable (according to Mimi, at least) white ladies and their struggles in the television news industry. ZZZZZZZ

O says that she had some creative differences with the filmmakers, but refrained from mentioning that her decision to pass on the documentary had anything to do with notorious social media asshole Fitty and Russell Simmons himself calling her out.

O says more work is needed on the film to “illuminate the full scope of what the victims endured and it has become clear that the filmmakers and I are not aligned in that creative vision.”

Oprah made sure to include that she’s definitely open to helping women tell their stories, though.

Oprah adds, “First and foremost, I want it to be known that I unequivocally believe and support the women. Their stories deserve to be told and heard.”

50 Cent took a victory lap on Twitter, and made sure to let O know that he loves her and is there for her if she needs anything. Like hair advice or what have you.

Alright,alright,alright Oprah we love you, thank you for responding and if you ever need me for anything I’m here.#starzgettheapp #abcforlife pic.twitter.com/qIypnsQVLY

Oprah refrained from issuing a follow-up statement informing 50 Cent that what she needs is for him to stop questioning her career choices because she’s a benevolent sort. She also knows that revenge is a dish best served cold. He’s probably going to need her to interview him someday for something and that’s when she’ll James Frey his ass.

Tags: 50 Cent, Oprah Winfrey, Russell Simmons, The Game
SHARE
Our commenting rules: Don't be racist or bigoted, or get into long-ass fights, or go way off topic when not in an Open Post. Also, promoting adblockers is not allowed. And some comment threads will be pre-moderated, so it may take a second for your comment to show up if it's approved.
src="https://c.statcounter.com/922697/0/f674ac4a/1/"
alt="drupal analytics" >