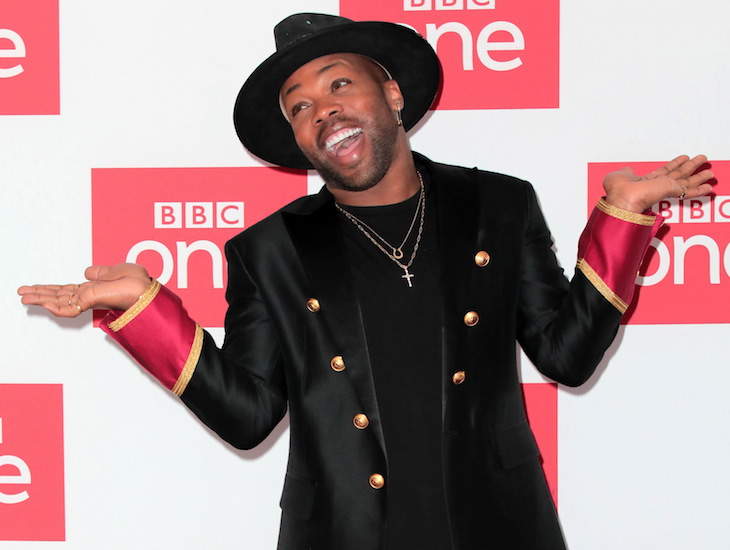 Back in October, whispers that had been on the internet for a while suddenly became very loud shouts when a former assistant of choreographer and Taylor Swift bestie Todrick Hall went on Twitter and brought forth many messy accusations. One of which was that Todrick was all too happy to pay for escorts, but didn’t want to pay dancers. Todrick addressed those allegations during an interview with Attitude magazine. According to Todrick, the only thing he’s guilty of is not thoroughly screening people before letting them into his inner circle.

Thomas McKissock claimed last year that he worked for Todrick for a few years, and is able to talk because he never signed an NDA. Thomas claimed Todrick deliberately withheld payments to people, was racist against darker-skinned people of color, made Thomas hook him up with strippers and escorts, and that he punished Thomas for reporting an incident of sexual assault.

This all came just one week after a dancer who goes by Thom on Twitter claimed that everyone’s reservations about Todrick “were valid,” and that Todrick had yet to pay Thom for his work. Todrick replied to Thom, saying that he loved him, and that he was surprised Thom hadn’t been paid yet. RuPaul’s Drag Race alumnus Manila Luzon responded to Todrick, saying he still hadn’t paid her for a Halloween party she hosted back in 2018. An anonymous user on Reddit had previously claimed that Todrick failed to pay the crew that worked on his visual album, Forbidden.

Aside from the rumor that Todrick is the Hey Big Spender to hopeful strippers and escorts, his reputation now stinks of Eau de Cheapskate. Todrick isn’t really worried about that, because all his nose is smelling is fan love and ticket sales.

That doesn’t really address whether or not Todrick has been stiffing dancers. But again Todrick says the proof is in the fans.

“They know that I would never intentionally do some of these things, any of these things that are being said about me. [I will] be more careful about who I allow into my circle. My show is full of love and I focus on that every night…when some kid comes and tells me that because of my music and my message they didn’t take their own life, that they are now wearing heels at school, and they are winning prom queens. I’ll sleep with one eye open, but what I’m not going to stop doing is inspiring kids.”

Essentially, Todrick is saying that his accusers are a bunch of sneaky snakes in the grass that got too close. Well, to be fair, Todrick is very familiar with devious snakes.

Speaking of famous friends, Todrick then decided to drop RuPaul’s name into this mess. Todrick says that Ru reached out after the accusations hit Twitter, and assured Todrick that it would all “blow over.”

“Ru said…’They aimed at you because you’re kind-hearted and socially conscious. They knew they’d get a reaction out of you and affect you. Most people suspect that they don’t really exist unless they’re affecting someone else. The only way they can feel themselves is through other people’s feelings, good, bad or other.'”

Again, Todrick, did you pay those dancers or what? Because RuPaul also says, “Unless they’re paying your bills, pay those bitches no mind.” Todrick, it doesn’t matter how much love you have in your heart. You do not want to be known professionally as the bitch who is preventing bills from getting paid.

Tags: Todrick Hall
SHARE
Our commenting rules: Don't be racist or bigoted, or get into long-ass fights, or go way off topic when not in an Open Post. Also, promoting adblockers is not allowed. And some comment threads will be pre-moderated, so it may take a second for your comment to show up if it's approved.
src="https://c.statcounter.com/922697/0/f674ac4a/1/"
alt="drupal analytics" >