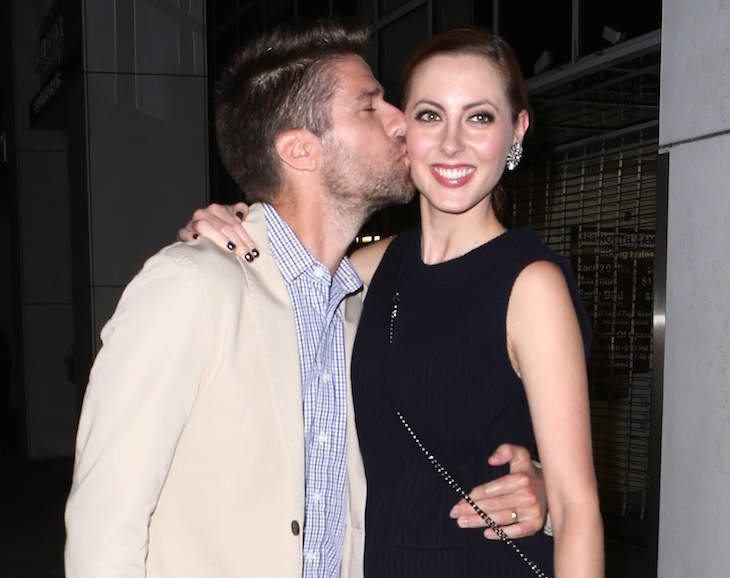 It’s a good thing Debra Messing is busy at the moment feuding with Megan Mullally, because her regular Twitter sparring partner Susan Sarandon will most likely be tied up for a bit while helping her 34-year-old daughter Eva Amurri Martino deal with two kids, a pregnancy, and divorce papers.

Back in September, Eva announced that she and her husband of eight years Kylie Martino were expected a third baby, a boy, who’s due sometime in the spring of 2020. They already have a daughter (Marlowe, 5) and a son (Major, 3). They even filmed a cutesy gender reveal video to her mommy blog, Happily Eva After. Although these days, can you really technically call it a gender reveal if it didn’t involve a fart?

If Eva could go back in time to the day she picked that blog title, she might warn past-Eva to maybe consider something like Whateva Will Be Will Be, or Amurriage Ain’t Always Foreva. Because Eva announced she’s split from Kyle on Instagram. She posted a picture of their family, and explained they were all going down a “new path.”

Our family is starting down a new path. After a lot of thoughtful consideration, and work on our relationship, we have made the difficult decision to lovingly part ways as a couple. We are committed to, and excited about, raising our three beautiful children as close friends and deep partners, and we have the utmost respect for one another. We feel so grateful for the wonderful gifts we have created and received throughout our decade together. We have realized over time that the best path to happiness for us as a family is in this different direction, and we look forward to forging ahead in to a new beautiful relationship. We appreciate your support and understanding as we navigate this new transition for our family. All the love, Eva & Kyle

Shortly after announcing that she was pregnant again, Eva took to her blog and explained that it was her husband’s decision to have a third, which was something she was not expecting. She also explained that one of the biggest issues they had to work on in their marriage was “traditional gender roles.”

“For many years, he was involved the bare minimum in helping me with the kids, even though I was working full time…I was frustrated and resentful, and quite honestly, exhausted. We’ve come a long way, but we still continue to work on this dynamic in our relationship. Because I shouldered a lot of the child-rearing in the early years with the kids, the idea of more than two always seemed completely overwhelming to me, especially during the times where Kyle and I were in pretty intensive therapy together.”

She added that Kyle felt the third kid would be a great opportunity for a “do-over.” Well, it looks like Kyle is going to get his wish. He’ll have plenty of opportunities to cook and clean and tidy up toys and spot-treat the spaghetti stains on little t-shirts, just at a different address, possibly every other weekend.

But there is a silver lining for Eva in all of this. She’s got 50% less work while interviewing nannies for Baby Number Three. With her husband out of the picture, she can ask, “Are you able to hold the baby without dropping him?” and not have to follow it up with, “And also what is the likelihood you’ll try to bang my husband?”

Tags: Another One Bites The Dust, Divorce, Eva Amurri
SHARE
Our commenting rules: Don't be racist or bigoted, or post comments like "Who cares?", or have multiple accounts, or repost a comment that was deleted by a mod, or post NSFW pics/videos/GIFs, or go off topic when not in an Open Post, or post paparazzi/event/red carpet pics from photo agencies due to copyright infringement issues. Also, promoting adblockers, your website, or your forum is not allowed. Breaking a rule may result in your Disqus account getting permanently or temporarily banned. New commenters must go through a period of pre-moderation. And some posts may be pre-moderated so it could take a minute for your comment to appear if it's approved. If you have a question or an issue with comments, email: [email protected]
src="https://c.statcounter.com/922697/0/f674ac4a/1/"
alt="drupal analytics" >