Jeremy Meeks Is About To Have His Own Fashion Line 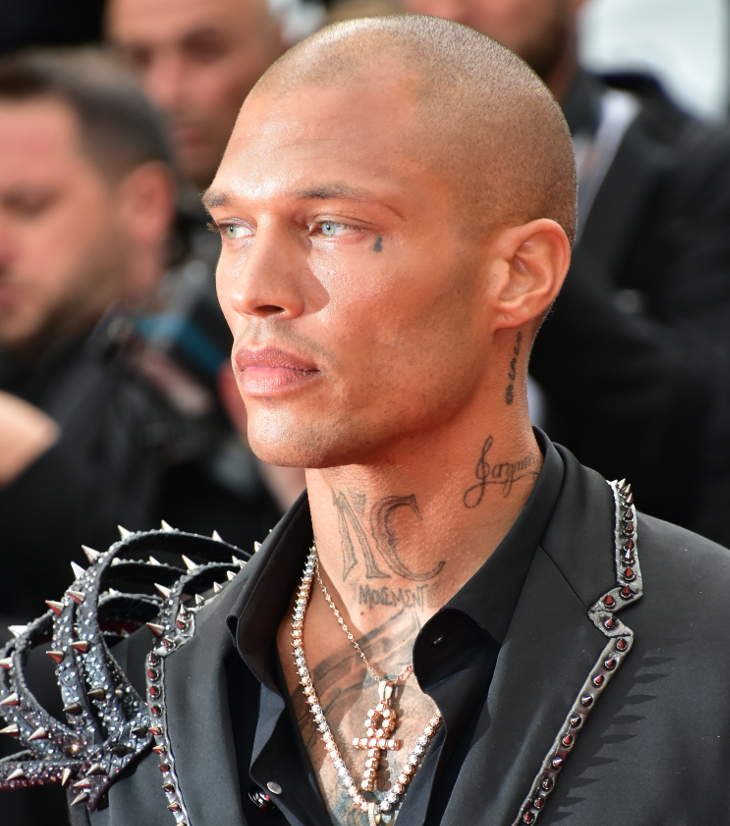 Jeremy Meeks may have successfully secured the bag by pumping a baby into an heiress (Top Shop heir Chloe Green to be exact), but that doesn’t mean his true passions have been fulfilled. Jeremy has moved on to the next phase in his plan to take the fashion world by storm. Jeremy probably sat up late nights in his prison cell devising one of the most convoluted plans ever concocted to get his name and face (literally!) on a poly-blend t-shirt. And it worked! Jeremy just announced a collaboration with a German-based fashion company generically named Fashion Concept GmbH (don’t bother looking for a website). WWD reports that the deal is said to be worth $15 million dollars, roughly equivalent to the May/June diesel fuel budget for Chloe’s dad’s yacht.

Better known as “the hot felon,” Meeks has landed a collaboration deal with Germany-based fashion company Fashion Concept GmbH to develop a clothing collection that is said to be worth $15 million, according to the company.

Described as “a high-end fashion label,” the collection he is collaborating on may make its debut as early as next year, according to press material.

Here’s a sneak peak at the collection. Who is lining up to buy pajama bottoms emblazoned with the results of a word cloud featuring Jeremy’s name paired with high fashion phrases such as “Be Cool” and “Shut Up Fool”? Well, probably Chloe’s dad because these clothes are destined to be found exclusively in Top Shop clearance bins for years to come. He’s still family after all, and he’s got to write those child support checks somehow!

Last we heard, Jeremy claimed that he and Chloe were still together despite his complete absence from her well documented life and Britain’s Hardest Working Mum (Yachts and Galas categories only).

But as recently as 4 days ago, Jeremy confirmed what we’ve all known for some time: Life is crazy.

Whenever I cover a Jeremey Meeks story, I always like to check in with the other players. I’m embarrassed to admit this, but I’ve developed a bit of a spot for the man. He’s the only one out here hustling! Chloe is busy taking selfies in her shoe closet, and his ex-wife Melissa Meeks has completed her transformation from humble nurse, to full blown budget Kardashian wannabe in record time.

Love yourself above all else 🖤 #motivationmonday

Jeremy’s the only one who’s actually produced anything tangible of value (not including baby Jayden of course. BTW, where is Jayden?). Sure, that value is approximately $12.99 – $16.99 once it goes on clearance, but it has value all the same.

Tags: Chloe Green, High Fashion, Jeremy Meeks, Work Bitch
SHARE
Our commenting rules are pretty simple: Don't be racist or bigoted, or go way off topic when not in an Open Post. If you see an offensive or spammy comment you think should be deleted, flag it for the mods and they'll be forever grateful and give you their first born (although, you probably don't want that).
src="https://c.statcounter.com/922697/0/f674ac4a/1/"
alt="drupal analytics" >