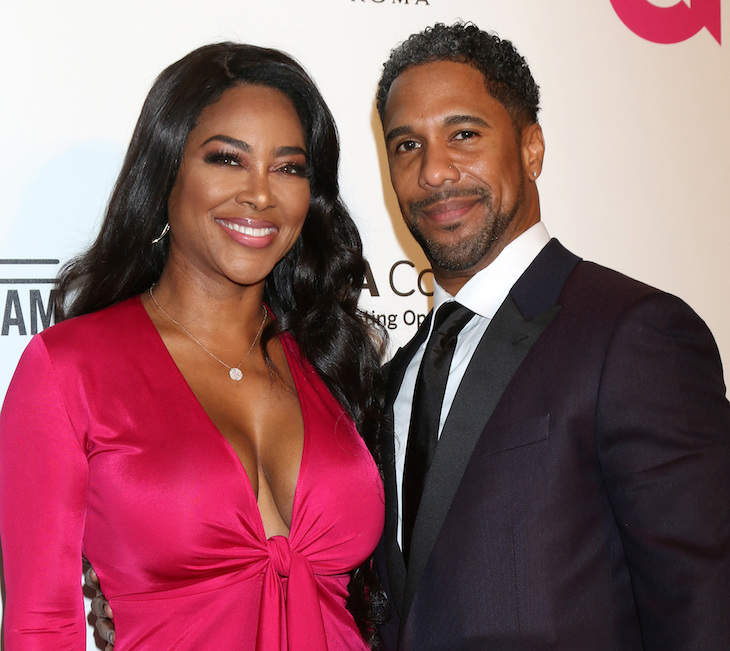 After two years of marriage and one “miracle” baby, Kenya Moore is twirling away from her husband, Marc Daly, and over to divorce court. There’s no word on what caused this break up, and I’m sure we’ll never find out and Kenya will continue to be the private wallflower we know her to be and won’t use this as her main storyline when she returns to The Real Housewives of Atlanta.

Kenya Moore is calling it quits with her husband, Marc Daly, after just over 2 years of marriage.

“The Real Housewives of Atlanta” star says it’s with “profound sadness” that she is divorcing Daly. She adds … “Due to recent and ongoing circumstances, I can no longer continue in the marriage.”

The “recent and ongoing circumstances” might have to do with Marc not wanting to be a part of Kenya’s reality shit show since he has threatened to sue anyone who spreads rumors about him.

Daly reportedly says he made the decision to split from Kenya, but they will continue to co-parent their daughter in a loving way. He also issued a thinly-veiled legal threat, saying … “Rumors, innuendo or false accusations only serve to hurt our family and will be addressed through counsel as the law permits.”

Since “rumors, innuendo and false accusations” are basically the cornerstone of the Housewives franchise, Marc might as well put his lawyer on speed dial.

And who knows where Kenya’s love life will go after this. She already has a restraining order on her last mess of a boyfriend, Matt Jones. I’m secretly holding out hope for Kenya and Phaedra Parks’ jail bird ex Apollo Nida. If Love After Lockup and Gypsy Rose Blanchard have taught us anything it’s that love can grown behind bars. Kenya wouldn’t be the only one to have a prison boo. Shereé Whitfield has been dating a guy in prison for years, and honestly they’re one of the strongest couples on the show, which isn’t saying much.

That said, Kenya and Marc do have a daughter, so hopefully they can keep things amicable (they won’t).

Kenya and Marc tied the knot in a surprise ceremony in St. Lucia in June 2017. After struggling to get pregnant for months, Kenya posted an ultrasound in June 2018 to prove she was expecting at age 49. She gave birth to Brooklyn — who she calls her “miracle baby” — in November.

Kenya’s relationship with Marc ruffled some feather among the ‘RHOA’ cast and crew because of his alleged unwillingness to be part of the the show.

Well, this is one way to eliminate that issue.

Well, at least Kenya can say she was actually a Housewife at one point and that her marriage, be it short, was in fact real (I think). I guess that’s something.

Tags: Another One Bites The Dust, Divorce American Style, Kenya Moore, Real Housewives of Atlanta
SHARE
Our commenting rules: Don't be racist or bigoted, or post comments like "Who cares?", or have multiple accounts, or repost a comment that was deleted by a mod, or post NSFW pics/videos/GIFs, or go off topic when not in an Open Post, or post paparazzi/event/red carpet pics from photo agencies due to copyright infringement issues. Also, promoting adblockers, your website, or your forum is not allowed. Breaking a rule may result in your Disqus account getting permanently or temporarily banned. New commenters must go through a period of pre-moderation. And some posts may be pre-moderated so it could take a minute for your comment to appear if it's approved. If you have a question or an issue with comments, email: [email protected]
src="https://c.statcounter.com/922697/0/f674ac4a/1/"
alt="drupal analytics" >