Felicity Huffman Supposedly Doesn’t Think She Should Do Time, Because No One Got Hurt 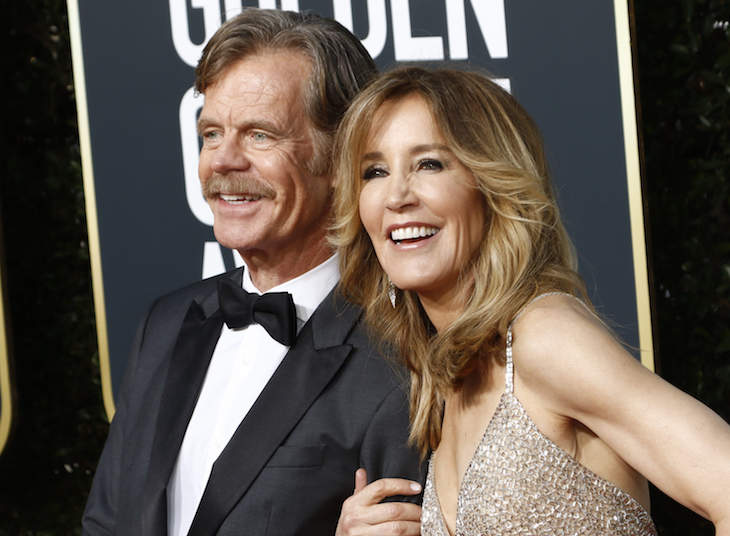 When we last left Felicity Huffman, it was being reported that federal prosecutors wanted to see her do one month in prison as punishment for her role in the College Admissions Scandal. Felicity was accused of committing mail fraud and honest services fraud when she gave $15,000 to have Rick Singer hook her up with a proctor that would fix her daughter’s SAT scores, thus securing her admission into an elite school. Felicity pleaded guilty back in May, and it was said she was looking at 4 to 10 months on the inside. Then it dropped to one month, but Felicity still wants it dropped to 0 minutes. Sources tell TMZ says that Felicity and her lawyers have two arguments up their sleeves.

Probation Department findings allegedly claim that Felicity should get as little time as possible, because nobody suffered any loss due to her actions. Felicity agrees with that defense.

The second argument is that Felicity wasn’t the ringleader, and therefore shouldn’t get punished with prison. TMZ says that her legal team has compiled two dozen old cases in which prison time was given to the mastermind and not any of the minions. Felicity allegedly believes she was a customer of Rick Singer and not a co-conspirator.

The only thing that might jinx them is that the prosecution allegedly plans on countering their arguments with a case in which a person got prison time for hacking a university’s system. But Felicity’s team allegedly thinks you can’t make a comparison between the two.

Felicity also allegedly plans on pairing her innocent “I didn’t even hurt a fly” act with the fact that her daughter didn’t go to school this year.

That first argument is weak as hell. Nobody got hurt? I guess that technically makes sense if you think the only person who was scammed was Felicity. And even if it wasn’t illegal – which it is, Felicity Kendall Huffman. It doesn’t mean it also wasn’t shady. There were victims in all of this, and it’s  the students who studied their asses off and still went to state college. I’d be shouting “LOCK HER UP!” if I had to go to the prom with more dark circles than a raccoon under my eyes from all those SAT prep all-nighters.

Tags: Felicity Huffman, Yeah Okay
SHARE
Our commenting rules: Don't be racist or bigoted, or post comments like "Who cares?", or have multiple accounts, or repost a comment that was deleted by a mod, or post NSFW pics/videos/GIFs, or go off topic when not in an Open Post, or post paparazzi/event/red carpet pics from photo agencies due to copyright infringement issues. Also, promoting adblockers, your website, or your forum is not allowed. Breaking a rule may result in your Disqus account getting permanently or temporarily banned. New commenters must go through a period of pre-moderation. And some posts may be pre-moderated so it could take a minute for your comment to appear if it's approved. If you have a question or an issue with comments, email: [email protected]
src="https://c.statcounter.com/922697/0/f674ac4a/1/"
alt="drupal analytics" >