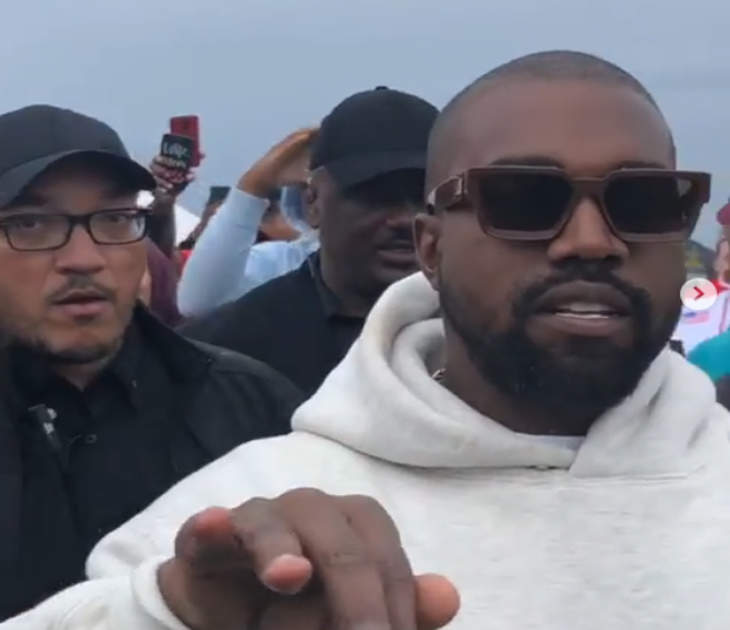 Sometimes I think Kanye West gets a little confused as to which savior he’s supposed to be now. Everyone was on board when he changed his name to Yeezus because we all know that Kanye is his own personal Jesus. Mashing the two names together just made sense. However, now it appears that Kanye is tired of changing water to Botox for the Kardashian Koven and would rather save his mystical supernatural powers for the stage.

Last week Kanye decided to hold his Sunday Service in his hometown of Chicago, and there were all kinds of divine moments that left his congregation catching the Holy Ghost. First off, the Jasmine Brand reports that Yeezy had the power to make parishioners start lining up in the wee hours of the morning. At 2am to be exact.

Upon entering, Kanye began walking towards the stage. When his security team tried to step in front of him he turned around and immediately let him know “This is MY City. I Got This!” And that’s when the Miracle at Huntington Bank Pavilion took place.

This is like some Avengers Thanos shit right here. I’m sure that won’t do anything to boost his already Goodyear Blimp-sized ego (it will).

After Kanye hit the stage, he performed some of his songs including “Jesus Walks‘ which was probably more like a reminder that when he enters the room, you bitches better get out the way. But Yeezy wasn’t the only one delivering a sermon that day. He had a little help from fellow Chicago native Pastor Chance the Rapper, who put on a performance of “Ultralight Beam” so good that Yeezy’s little seen human side made a quick appearance.

It looks like the stage that both Kanye and Chance performed on was closer to ground level than your regular concert venue stage, which made this Sunday Service feel much more intimate and interactive. Folks also seemed to respect the closeness — there are no reports of anyone rushing Ye, so it seems people kept their distance.

Well it’s official; the Kult of Kanye will be in full effect whenever he finishes up his new millennium Fantasy Island in Wyoming. I can see him now, Kim Kardashian by his side, standing on the tarmac awaiting new visitors with a pamphlet announcing the location for that week’s Sunday Service as North plays an organ and the rest of the kids sing “Celebration” with tambourines.