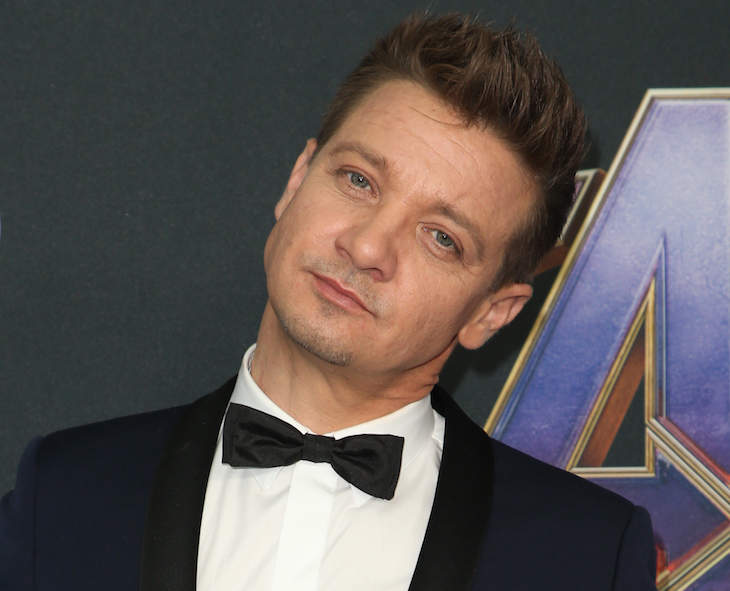 A crestfallen Jeremy Renner is probably staring at his phone, and as a single tears falls down his face, he thinks to himself that it could have been huge, J-Man – the biggest app in the whole app store! But it’s not, J-Man, and it never will be. Because more than two years after Jeremy Renner launched his fan app, he’s shut it down due to intense levels of trolling and general fucking around.

Jeremy released his app, titled simply Jeremy Renner, back in March 2017. He claimed it was the main place where he’d interact with his fans and share a “deep look” into his life. Except that’s not the journey it took. About seven months after the launch, Jeremy Renner relaunched his app in an attempt to tamp down some in-app arguing between users. Jeremy can bring peace with the Avengers, but apparently he does a shit job of keeping his app drama-free. Last month, Jeremy’s app went viral when it was revealed that trolls were having a ton of fun with Jeremy Renner. Users with names like Casey Anthony and Jeffrey Epstein started filling the comments, cracking jokes about being Jeremy’s biggest fans.

The Jeremy Renner app is pure chaos I can’t get enough pic.twitter.com/OLmlPRxWlQ

Jeremy’s app had turned into a digital train wreck. What was created as a safe place to talk about how cool and hunky Jeremy Renner is had turned into a bubbling toxic cesspool of Jeremy-trolling trash. It was a mess that he couldn’t ignore. Jeremy made an announcement in his app yesterday that he was shutting it all down, because people couldn’t behave themselves.

Jeremy said the company that runs the app would also be refunding purchases of “stars,” which was the app’s currency that could be easily purchased with real money, as this unfortunate user discovered.

i tried to take a screenshot of me “pretend” buying $99.99 worth of stars on the jeremy renner app but I used my thumb to take the screenshot and accidentally authorized the payment. I wish this was a joke pic.twitter.com/wvVXVDpMJs

Part of me feel so bad for Jeremy Renner, because you can tell the decision to hit the kill switch was a tough one. But let’s face it, Jeremy Renner was a fan-generated shrine to Jeremy Renner. So for his ego’s sake, I wish they could have come up with a kinder solution. Like distracting the trolls by reminding them all that Jeremy Renner’s bizarre Amazon store still exists. All they had to do was throw up the link with a note that reads: “Hello?!? There are literally pictures of him sitting next to what looks like a flaming turd!”

Fall is almost here.. and like the summer, being outdoors with friends and family is the center piece of our shared experiences. From fishing, to hiking, to camping, you will always find me outdoors. This fall I have partnered with @Amazon to share my favorite outdoor gear with you! Check out all of my favorite products at www.amazon.com/jeremyrenner and make sure to follow along this August and September for amazing deals! #Fall #FallOutdoorEvent #Outdoors #FoundItOnAmazon #Amazon #Ad

Tags: HAHA On You, Jeremy Renner, Trolls
SHARE
Our commenting rules are pretty simple: Don't be racist or bigoted, or go way off topic when not in an Open Post. If you see an offensive or spammy comment you think should be deleted, flag it for the mods and they'll be forever grateful and give you their first born (although, you probably don't want that).
src="https://c.statcounter.com/922697/0/f674ac4a/1/"
alt="drupal analytics" >