Rachael Leigh Cook Admits She Hasn’t Told The Kids That Her And Daddy, Daniel Gillies, Have Broken Up I am actually howling at this story only because this is too real. How many times when there’s drama in a celebrity’s life do they have some prepared bullshit statement which has been vetted by them and their business manager and their PR team and their brand manager and whoever? Not 90s darling turned Hallmark Hall of Fame staple Rachael Leigh Cook.

Since she’s not part of the whole celebrity/Hollywood “machine,” she also seems to answer questions like she’s not constantly trained on how to deal with media personalities. Take as example: When asked about her recent divorce announcement from fellow actor Daniel Gillies (who you’ll know from The Vampire Diaries and The Originals if you were one of those types of people, like I was), Rachael straight up admitted: “Oh we haven’t told the kids yet because I don’t want them to think Daddy abandoned them.” Oh-okay, do your thing, Rachael!

While at the Hallmark Channel and Hallmark Movies & Mysteries Summer 2019 TCA press tour event, Rachael talked with Entertainment Tonight about splitting with her husband of 15 years. Rachael admitted that she and her husband are totally over and done for, but you know who doesn’t know that? Their kids, 5-year-old Charlotte and 4-year-old Theodore. I hope they can’t read this.

And the Oscar goes to…. ✉️….. wow it’s a tie between THREE people I had serious conversations with while apparently wearing MULTIPLE HATS 👏👏👏 Congrats guys, Meryl’s got nothin on you #momlyfe

When asked how the kids are taking the break-up, Rachael said, “That’s, like, a long story… um…” And then she went on:

“Daniel’s actually filming in New Zealand for almost three months now, and so we can’t formally talk to them about what’s going on until he’s back, because otherwise what it means is dad disappeared. That’s far from anything that Daniel would ever do, or myself. He’s hopelessly devoted to them and we’re going to get through this together. He’s an amazing person and I still consider him my very best friend and we’ll make it one way or another.”

Being open about the real-life struggles of divorce in a family, and how it’s going to be difficult to tell her children. Oh, Rachael, Hollywood is totally going to kick you out for this. I mean, that part where she’s like telling the truth? And being honest about your relatable struggles? Stop that. That’s not what Hollywood is for… unless you can make a dollar doing it.

Here’s Rachael at the Hallmark event: 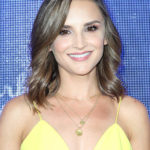 Tags: Daniel Gillies, Divorce, Rachael Leigh Cook
SHARE
Our commenting rules: Don't be racist or bigoted, or post comments like "Who cares?", or have multiple accounts, or repost a comment that was deleted by a mod, or post NSFW pics/videos/GIFs, or go off topic when not in an Open Post, or post paparazzi/event/red carpet pics from photo agencies due to copyright infringement issues. Also, promoting adblockers, your website, or your forum is not allowed. Breaking a rule may result in your Disqus account getting permanently or temporarily banned. New commenters must go through a period of pre-moderation. And some posts may be pre-moderated so it could take a minute for your comment to appear if it's approved. If you have a question or an issue with comments, email: [email protected]
src="https://c.statcounter.com/922697/0/f674ac4a/1/"
alt="drupal analytics" >