Scarlett Johansson Wants You To Know She Should Be Able To Play All Types Of Characters, Even Trees. 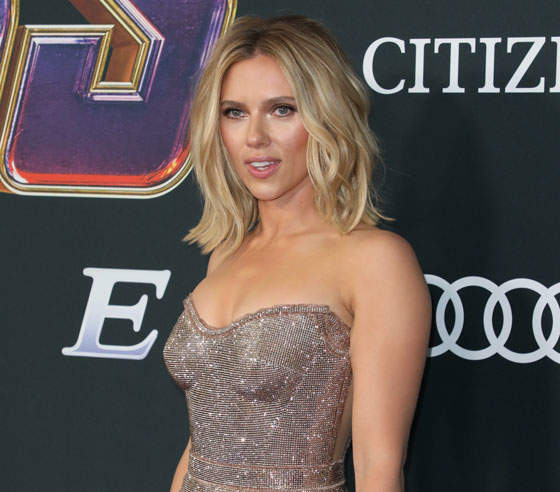 Scarlett, please, go sit your ass down somewhere, darling. Because Scarlett Johansson still salty about having to give up a role where she would be portraying transgender pimp Dante “Tex” Gill. Scarlett believes she should be able to play any role that she wants. And by any role I literally mean any role. Really, did she even need to say that since anybody who knows about that Ghost In The Shell flops knows ScarJo takes any role she wants.

Last year, Scarlett was in talks to portray Gill in the film Rub & Tug which focused on Gill’s empire of massage parlors that were fronts for a huge prostitution ring. And though she was primed and ready to throw on a tacky 70s pimp suit, most people felt that a trans actor should be given the opportunity for this major role, which led to her dropping out.

ScarJo should’ve stopped there, but nope, she just had to go off one year later. The Daily Mail reports that Scarlett got into it during an interview with As If magazine. She talks about how serious she is about her craft and how she should be able to portray any character she wants. And it doesn’t even have to be a character that breathes or uses words.

‘You know, as an actor I should be allowed to play any person, or any tree, or any animal because that is my job and the requirements of my job,’ she said point blank.

She continued: ‘I feel like it’s a trend in my business and it needs to happen for various social reasons, yet there are times it does get uncomfortable when it affects the art because I feel art should be free of restrictions.’

‘I think society would be more connected if we just allowed others to have their own feelings and not expect everyone to feel the way we do.’

Well, ScarJo is pretty wooden, so she has a point about that tree thing.

Of course, after her comments became public Scarlett has come out with the quintessential “See what had happened was” statement to clarify her comments. In a statement given to Entertainment Weekly, Scarlett admits that she said what she said, but it was greatly taken out of context.

“I personally feel that, in an ideal world, any actor should be able to play anybody and Art, in all forms, should be immune to political correctness. That is the point I was making, albeit didn’t come across that way. I recognize that in reality, there is a wide spread discrepancy amongst my industry that favors Caucasian, cis gendered actors and that not every actor has been given the same opportunities that I have been privileged to. I continue to support, and always have, diversity in every industry and will continue to fight for projects where everyone is included.”

See, Scarlett knew better than to let those comments go without an explanation. Because if she really was interested in portraying trees and animals Hollywood ain’t the place for her. Those kinds of roles go to third graders in school plays.

Tags: Scarlett Johansson
SHARE
Our commenting rules are pretty simple: Don't be racist or bigoted, or go way off topic when not in an Open Post. If you see an offensive or spammy comment you think should be deleted, flag it for the mods and they'll be forever grateful and give you their first born (although, you probably don't want that).
src="https://c.statcounter.com/922697/0/f674ac4a/1/"
alt="drupal analytics" >