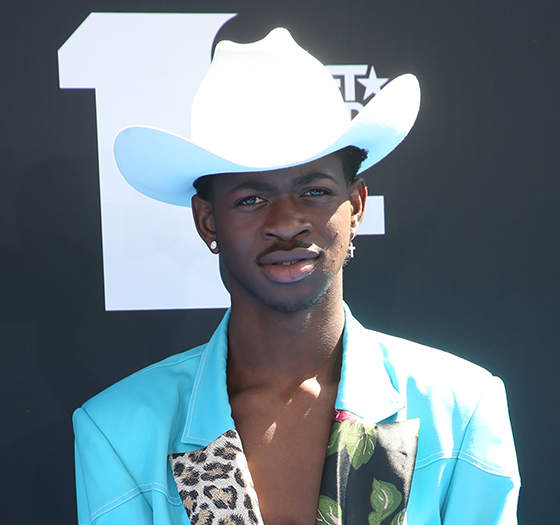 Lil Nas X may have thought he made it “deadass obvious” he was gay, but there were still people who were quite shocked about the not news. The homophobes came out in full force post-coming out and Lil Nas X has taken the trauma like most millennials: shrugging it off with niche internet jokes. He’s truly one of us. And all this gay homosexual rainbow queerness? It was planned.

TMZ says that Lil Nas X planned his coming out for weeks. For the album artwork to his EP 7, Lil Nas put out an open-call to artists and found a winner for his vision of a rapper “leaving a dystopian world for a futuristic world”. Lorenzo Sozzi is the one who designed the cover and he told TMZ that Nas insisted on the rainbows.

TMZ has pics of the two designs and it’s clear Lil Nas X’s is the gay one. During the creative process Lil Nas told Lorenzo to gay it up and add a rainbow to one of the buildings in the city. Nas didn’t say it was because he was going to tell everyone how gay he was, but he was: “adamant about it.” The cover was then seen by everyone two weeks before Lil Nas made the announcement–and he told us: it was supposed to be “deadass”.

Complex reports that Lil Nas X has been fending off the hater army ever since the announcement he made after performing with Miley Cyrus and Billy Ray Cyrus at the Glastonbury Music Festival–as is to be expected in a well-developed modern society. A rapper named Boosie Badazz commented on a ShadeRoom post joking about Lil Nas being gay and riding horses:

Lil Nas X has been taking the bullshit in stride and is just out here living his now-million-dollar life gay and carefree:

just got news that i’m gay and i will no longer be streaming my music. i’m sorry that shit is just not ok.

Listen, Lil Nas X is going to be fine. He’s rich, he’s successful, and he dresses like two-to-three of the Village People at a time: he’s got it all. And worst-case scenario, his career goes to shit because he’s gay and then he can just resort to being Miley Cyrus’s Todrick Hall. There are worse fates.

Tags: Dwyane Wade, Lil Nas X
SHARE
Our commenting rules: Don't be racist or bigoted, or get into long-ass fights, or go way off topic when not in an Open Post. Also, promoting adblockers, your website, or your forum is not allowed. And some comment threads will be pre-moderated, so it may take a second for your comment to show up if it's approved.
src="https://c.statcounter.com/922697/0/f674ac4a/1/"
alt="drupal analytics" >