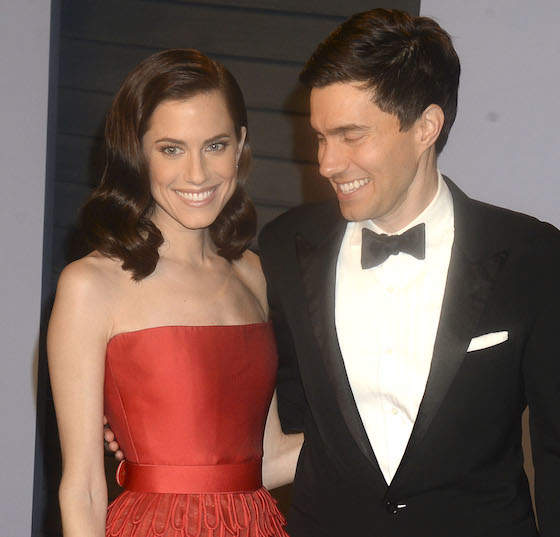 Almost four years ago, Allison Williams, the uptight one from Girls, got married to Ricky Van Veen, co-creator of CollegeHumor and Vimeo. Much like many other boring rich and famous people, they got married in Wyoming. But it looks like they won’t be returning to celebrate any future wedding anniversaries with steers n’ beers, because they announced they’re splitting up.

People says that 31-year-old Allison and 38-year-old Ricky confirmed the news with a joint statement, and I wish I could report some drama. Like Ricky saying he just didn’t trust the way Allison ate cereal, or Allison could no longer see herself growing old with a dude who sounds like a touring bassist for Steely Dan. But it sounds like it was pretty amicable.

“With mutual love and respect, we have made the decision to separate as a couple. We are grateful for the friendship that we have and will continue to have.”

A source that spoke to Page Six has a bit more information in what might have led to the split. Allison and Ricky hadn’t been seen together in quite some time, and the source adds that they’re just both very different people. Really? Because they look like the opposite gender version of each other. But they’re apparently “distinctly different.” The source says:

“Allison really is Type A, a real go-getter. while Ricky is far more relaxed and laid-back. Things just haven’t been going well recently.”

Allison and Ricky shared a $2 million apartment in Manhattan, but they’re reportedly not living together anymore.

Part of me feels kind of bad for Allison Williams, because even if she had cold feet four years ago, her dad Brian Williams is probably the worst person to ask for pre-wedding advice. Even if Allison thought she might be making a future mistake, there’s no way she could have gotten a straight answer from her dad.

Allison: Dad, I’m having second thoughts. What do you think of Ricky.

Allison: Okay but – is that the truth?

Allison: No, for real. Do you honestly think I should get married to him.

Brian: Allow me to compare your upcoming marriage to the time I flew across the Atlantic Ocean.

Tags: Allison Williams, Another One Bites The Dust
SHARE
Our commenting rules are pretty simple: Don't be racist or bigoted, or go way off topic when not in an Open Post. If you see an offensive or spammy comment you think should be deleted, flag it for the mods and they'll be forever grateful and give you their first born (although, you probably don't want that).
src="https://c.statcounter.com/922697/0/f674ac4a/1/"
alt="drupal analytics" >