Jennifer Lawrence Has Already Chosen Her Wedding Gown And Venue 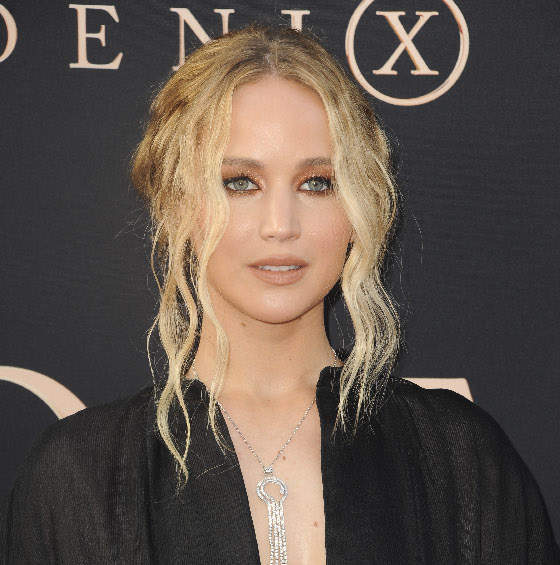 Celebrity wedding season is upon us, and it started off with a whimper with The Prattengger’s biblically sanctioned fruit and vegetable affair. I fully expect Jennifer Lawrence to swing the pendulum in a messier direction by offering her guests BBQ beef ribs with no fork and using personalized whoopee cushions in lieu of place cards. According to People, JLaw’s already picked out her dress and venue for her upcoming first wedding to art dealer Cooke Maroney.

JLaw was a guest on a podcast called Naked With Catt Sadler and she talked about her relationship with Cooke, calling him “the best human being I’ve ever met”, which I think just means she and Rosario Dawson share a publicist. And according to Jennifer, he’s improving with age saying “he really is, and he gets better.” Pro tip: always decant your vintage fiancé at least 6 months before you plan to drink his blood. She added:

“I don’t know, I started with the basics,” the actress, 28, continued, when asked why she chose to marry him. “‘How do I feel? Is he nice? Is he kind?’ It’s just — this is the one, I know that sounds really stupid but he’s just, he’s — you know. He’s the greatest person I’ve ever met, so I feel very honored to become a Maroney.”

So does that mean we’re going to have to start calling her JRoney and make Roni by Bobby Brown be her official theme song? Because I’m totally OK with that. But JRoney wasn’t done outlining her devious plan to get her hands on that sweet, sweet Macaroni fortune (I heard Cooke was an heir to the Yankee Doodle Feather Pasta Corporation. Now that I say it out loud I think I may have misheard).

“He’s my best friend. I want to legally bind him to me forever,” she continued jokingly. “And fortunately the paperwork exists for such a thing. You find your favorite person on the planet and you’re like, ‘You can’t leave!’”

I must be getting soft because that’s actually kind of sweet in a Misery meets Dynasty kind of way. As Bobby famously sang, “only tenderonies can give a special love”. In typical JRoney fashion, she says she isn’t like those other girls who fuss and fret over the wedding details. Everything just seems to just be falling into place. Like she did at the Oscars.

Ok, we get it. You’re an easy, breezy, beautiful Roney Girl. Here’s JRoney at her engagement party last month and some shots of JRoney and CRoney about town.

Here she comes! We couldn’t be happier and more excited for #jenniferlawrence to become a #MRS.. this weekend we toasted Jen and her groom to be.. too good of a time was had by all.

Tags: Jennifer Lawrence, The Truth About Roni, Weddings
SHARE
Our commenting rules: Don't be racist or bigoted, or get into long-ass fights, or go way off topic when not in an Open Post. Also, promoting adblockers, your website, or your forum is not allowed. And some comment threads will be pre-moderated, so it may take a second for your comment to show up if it's approved.
src="https://c.statcounter.com/922697/0/f674ac4a/1/"
alt="drupal analytics" >